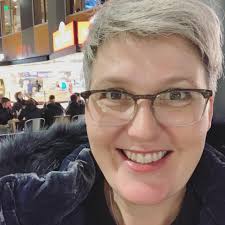 Our Woman of the Week is Elissa Bjeletich. She was nominated for her outstanding series of podcasts on Ancient Faith Radio, including "Everyday Orthodox" and "Raising Saints." We asked her to tell you about herself:

"I wasn’t born Orthodox. I was unchurched, though I read the Bible and found Christ rather quietly, alone in my room with the Scriptures and my own thoughts. I met and married a man who was raised Serbian Orthodox, but I waited another year before converting -- and even then I’m not sure I understood what it meant to be Orthodox. I went to church on Sundays, but I didn’t hand over my heart and my daily patterns -- I don’t think I even understood that such a thing might be possible or even important. Even while my third child struggled through surgery after surgery for her cleft lip and palate, I thought I had it all under control, and really didn’t understand the extent to which I needed to hand myself over to God and His Holy Church.

"Nearly a decade after I was baptized, my fourth child died very suddenly of SIDS. I was plunged into shock and grief, struggling with PTSD -- and my priest was right beside me the whole time. From the first moments, I found myself in a constant dialogue with my priest: ​What is heaven like? Where has he gone? What do we mean by all of this? ​ Through that first year of grieving, I fell in love with Orthodoxy. I came to appreciate the physical manifestations of our faith that once seemed sort of superstitious and quaint, like making koliva and gathering to pray memorials together. My conversations with my priest and the books he recommended opened my eyes to the beautiful complexity and simple elegance of Orthodox theology: ​it just makes sense ​. I was forever changed.

"Five years later, my sixth infant went into liver failure and we checked into a hospital far from home for what became a four-month stay. The experience was surreal. I had buried a child, and I knew well what it would be like to bury another -- and yet, after my initial terror, I soon relaxed into the knowledge that God had taken care of me and of my son, and He would never stop doing that -- He had this sweet little girl of mine in His care, and He had me in His care. I didn’t want to walk that road again, but I knew that God would carry me through whatever came.

“My daughter went on the transplant list, and people told me they were praying for her to receive a liver. I couldn’t say that prayer. I could ask God to hold her tight, to keep us both in His embrace, but I couldn’t pray that another mother’s child would die to deliver an organ to my own. I found myself suspended between the two roles: mother of the lost child, mother of the child who needs a lost child’s liver. I waited, praying that God take care of us, come what may. At the very last moment -- literally within days of being moved from the transplant list to hospice -- she received a liver and began a long battle back to health.

"I found myself writing, meditating on the hospital experience and on the ways in which God revealed Himself in that hospital all the time. I wrote a blog, which eventually became a book that I dared to submit to Ancient Faith Publishing. Amazingly, they gave me a contract. Next they asked, “And how are you planning to market this book?” I had nothing. I was a housewife, a mom, and I had no idea how to market a book. Of course, I didn’t want to tell them that, so I asked, “What marketing methods do you find most successful with this specific audience?” and my editor said that podcasters sell the most books. I’d spent years listening to Ancient Faith podcasts while driving, or cleaning my kitchen, or preparing Sunday School materials. I volunteered, and to my continued amazement and delight, they gave me a podcast, and then another. My whole life opened up to something new -- I traveled to conferences, becoming an author and a speaker.

"I’ve published four books, I have two podcasts and a live call-in show, and hundreds of new friends around the world. And I’ve enjoyed every minute.

"I think it’s fair to say that my life has taken many unexpected turns, and I stand in awe at the journey God laid out for me, at the ways He prepared me for each step, and in gratitude for His endless patience with me along the way."

Elissa Bjeletich, our Woman of the Week, was nominated for her work as a podcaster and author. We asked her to tell you how she got started with prayer:

"You would think that my priest would give me a prayer rule, but he won’t. Indeed, much of my prayer rule has been given to me by my children.

"Growing up outside the Church, prayer just meant freewheeling monologue sent in Jesus’ general direction. I sincerely spoke to God, but I also put the responses in His mouth. When my first babies came along, I received my first prayer rule: I knelt and said the Lord’s Prayer at bedtime and we listed the people for whom we were most grateful. As the children grew, the prayer rule grew.

"When my son died, he called me to deeper prayer. I spent hours in my dark closet, praying the Psalms and reaching out to God -- and feeling Him reach back to quiet me. My son compelled me to pray for him nonstop, and I learned a new, far more intense prayer rule.

"In those years, I led my children to the icon corner every morning and every night, to say the trisagion prayers, to pray for our list of sick and suffering servants of God, and for their brother and the many beloved people on our list who had fallen asleep in the Lord. Establishing a routine for them meant establishing a routine for me; mornings and evenings, we prayed together without fail.

"With my grief as my tutor and my son as my guide, I developed deep and consistent prayer in addition to my prayer rule. As the years went by and the grief became more comfortable, the prayer persisted. My son taught me well, and his lessons served me for years.

"My divorce at the end of 2019 shattered me in a lot of ways; in particular, it disrupted all my patterns and rhythms. Even my prayer rule suffers. My children have always called me to prayer in one way or another, and now they are only home half-time; they stay with their father half the week, and that means that I cannot gather them for family prayers (and they cannot gather me). It’s a new era, and I’m adjusting. 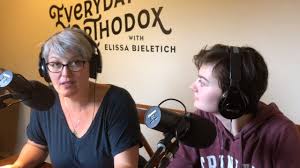 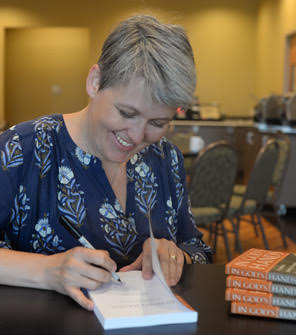 "I am still prayerful, still relying on God to make it through the day, but I just cannot seem to hold onto any formal prayer rule right now. It’s like my grip is too weak, my grasp too slippery. I start anew all the time, convinced that this fresh beginning will blossom into a permanent rhythm -- and then a few days later I realize that I’ve forgotten to pray again, and I start over. Maybe that’s the rhythm now: ​fall down, get up, fall down, get up ​ . It’s my calisthenic routine.

"My current plan is to return to the Psalms. Praying the Psalter -- one kathisma per day -- is my most deeply beloved form of prayer. Maybe not the first time through, but the third or maybe the fourth, I fell in love with the Psalms. King David’s poetry speaks all of it -- the pits of despair, the spiritual struggle, the depth of God’s mercy and the heights of His glory. I have gotten off track, but I think that King David can walk me back. After all, he’s a great lover of song, and I’m quite sure he can teach me something about keeping the beat on my own."

As always, we asked our Woman of the Week, Elissa Bjeletich, to tell you about her morning routine:

"I wonder if it’s even fair to say that I have a morning routine. At different times in my life, my mornings were more clearly structured. When my children were younger, they had a routine, and that shaped mine: wake the kids, make breakfast, gather backpacks, say prayers. Sometimes the prayers were hurried, sometimes they even happened in the car on the way to school, but every morning, the day began with my kids and chaos and prayer.

"Things have changed, and I’ve lost my rhythm. I can’t keep the beat of my morning routine. My husband had a mid-life crisis and my world started to shake apart. For a while there, everything about me was breaking apart, and my routines fell away. I struggled and battled, fought to fix something that was outside my control, but when finally the papers were signed, something in me relaxed. I came back to myself. Since the divorce, the kids spend half the week with me, half the week with their dad. In so many ways I’m coming back to life -- and yet that morning routine, those prayer patterns that I built for my children, are still just beyond my grasp. It is humbling to see that while I was leading my children, they were anchoring me, and without them here every day, I can’t keep the rhythm.

"I work from home, answering customer support emails and maintaining a database of answers. Work begins at 8am, so I get up at 7:55 to turn on my computer. If the emails have not already been exploding overnight, I usually have a long enough break to make coffee by 9am. I miss getting up early enough to spend time in my prayer corner before I jump into work, but I’ve struggled to regain those old rhythms for a while now (isn’t it strange how we don’t do what we think we want to do?), so I have settled for having an alarm on my phone, telling me to stop working at 10am to say my morning prayers.

"Usually I pray the prayers I have memorized over the years (the trisagion plus a few favorite morning prayers, like the one from the monks at Optina), but sometimes I pull out the prayer book and stand before my icons and pray longer. I wish that happened more often, but I find that most especially if someone I know is sick or has recently passed away, you’re far more likely to find me keeping vigil in front of the icons in the morning. Those struggles and those intercessory prayers are the most effective call to my icon corner.

"I am learning that the wonderful rhythms I developed were really gifts to me from my children, and that my deepest prayer comes not from me, but from people I love who need prayers. We are all so interconnected. As I find my new routines, I need somehow to anchor them in myself; I need to come back to that place where I couldn’t imagine a morning that didn’t begin with a prayer. I can hear God calling me back already, and I think I’ll get there." 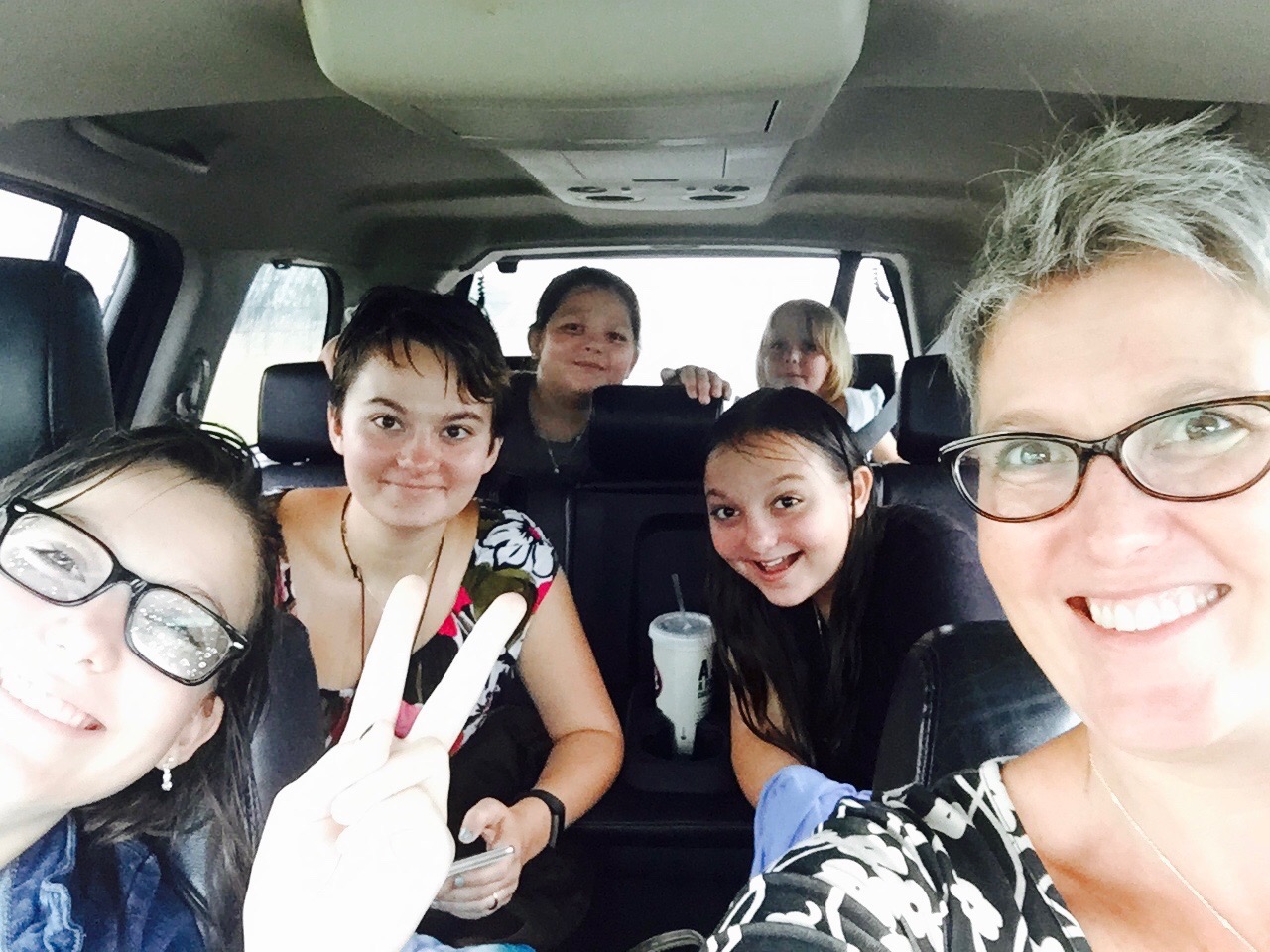