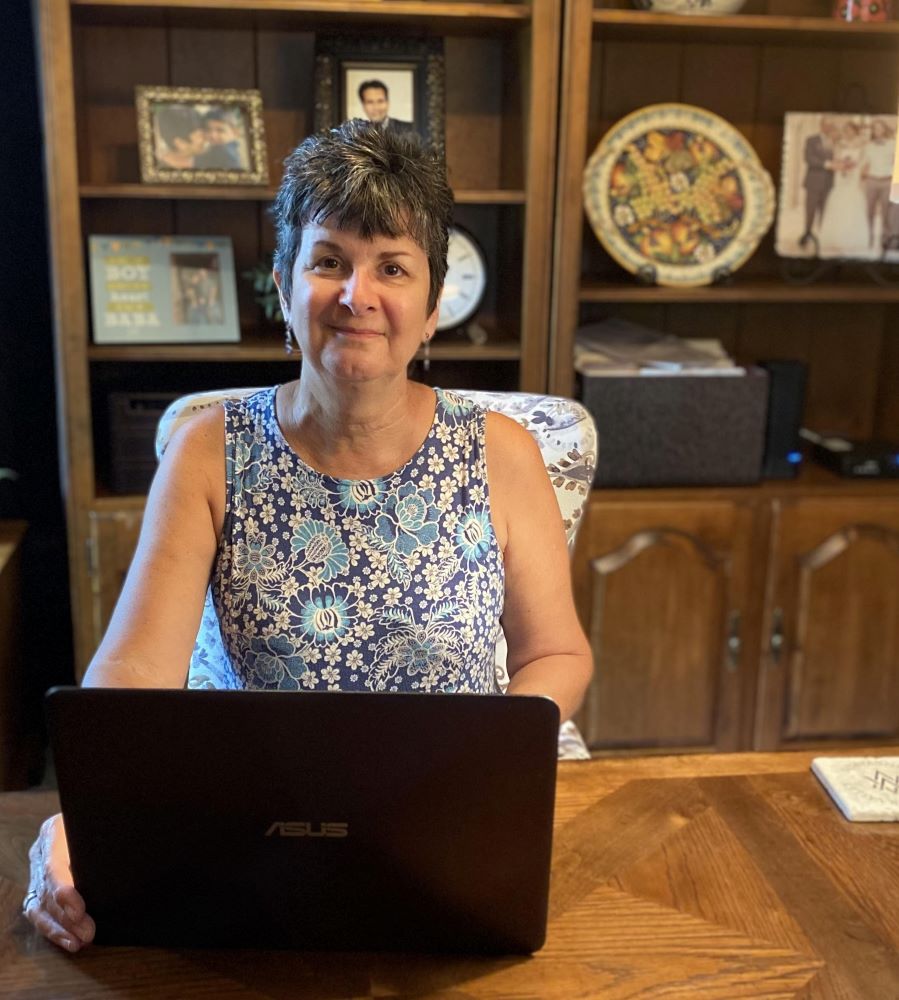 Ann Marie Mecera, the founder and President of St. Phoebe Center for the Deaconess, is our Woman of the Week. We asked her to tell you about herself and how she grew into leadership positions in her diocese:

"I am not a cradle Orthodox. My mother was Orthodox and my father was a staunch Catholic. I was baptized Catholic along with my three brothers. I vividly remember certain aspects of my short Catholic upbringing: going to services with my father and catechism classes with the nuns. My mother did not drive, so my father would take her to her church, and sometimes, instead of driving on to the Catholic Church, we would worship all together with my mom. It was in the late 60’s when my father met an Orthodox priest who had a profound effect on him, so much so that he wanted to convert. I remember the day that my parents asked, “How would you like to become Orthodox?” I was only about ten years old at the time, but remember thinking, “I’m coming home.”

"When I was a teenager, I began writing poetry for Orthodox youth publications, with the encouragement of my Sunday School teacher seminarian John Matusiak (Fr. John Matusiak of blessed memory). Years later, as a writer and young mother, I saw a need for religious education materials that parents (me!) could use with their pre-schoolers. While my oldest daughter was occupied in pre-school, I staked out a quiet spot in the library and wrote “A Way of Life: Introducing Your Child to the Orthodox Faith.” I am so pleased to see that it is still being used, often in Sunday School settings, and just recently made into an eBook!

"I became Parish Council President/Lay Vice-Chair of my parish in Columbus, Ohio in the 80’s under the guidance of the rector, Archpriest Very Reverend Daniel Rentel, who encouraged me to find my place in the Church and question my purpose. The countless conversations and discussions we had over the years were priceless in helping me understand Church leadership and theology. I served in this position for a total of about twenty years, which provided additional servant leadership opportunities including serving as the delegate to Diocesan Assemblies, Diocesan Councils, a Pre-Conciliar Commission, and several task forces."

Our Woman of the Week, Ann Marie Mecera, was nominated as the president of St. Phoebe Center for the Deaconess. We asked her how she came to found that organization:

"In the late 90’s, a call for papers on lay ministry from Leeds University in Leeds, England turned out to be a defining moment in my life, and ultimately led me to where I am today. This call compelled me to write a proposal for a paper on women’s ministry in the Orthodox Church. It was quite a bold move on my part, since I had no formal training beyond my Bachelor’s degree in Journalism. Yet, I was determined, and probably naïve, but surprisingly enough, my proposal was accepted. A young woman in our parish who had received her doctorate in Byzantine history, Caren Stayer, provided me with a plethora of resources on the female diaconate, which opened my eyes to the possibilities this ordained role presented in the Church today. My presentation went off without a hitch, thanks to the help of Caren, Fr. Dan, and others, and its impact on me was long lasting. 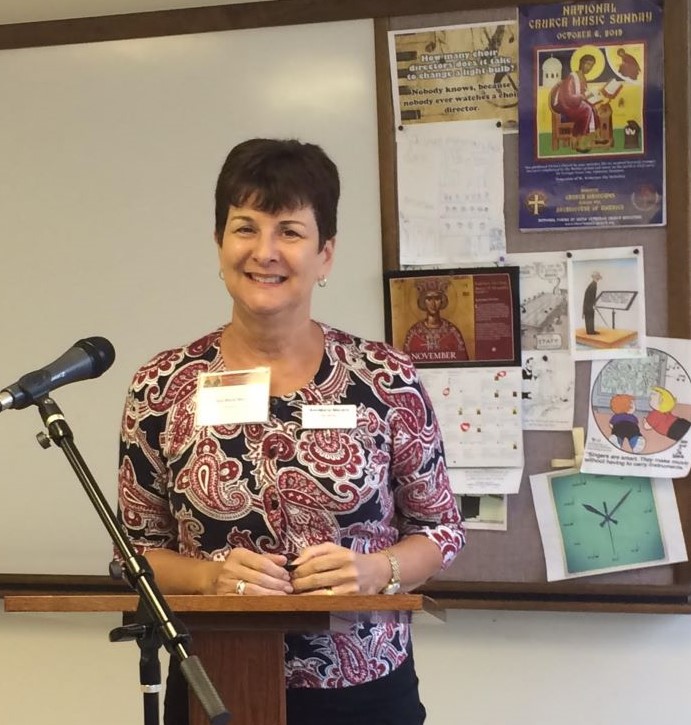 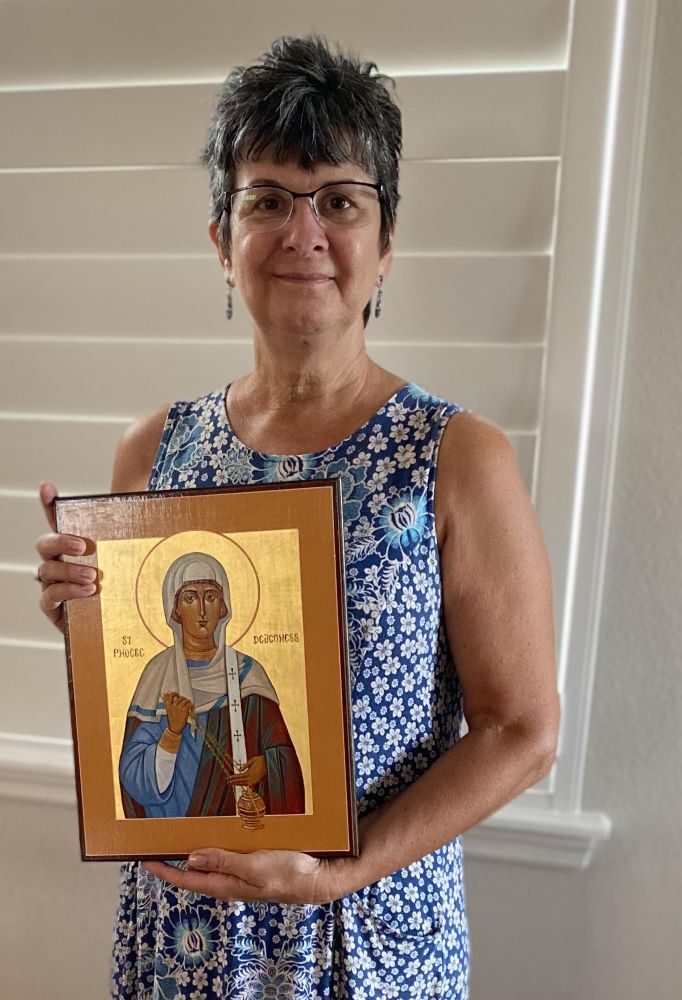 "In the mid 2000’s, my girls were grown and out of the house. I had been successful as a marketing consultant for several decades, and was entering a new phase of my life. I suppose I was having a mid-life crisis, of sorts. I knew I wanted to leave this world having offered something that was meaningful and impactful. I couldn’t let go of the idea of the female diaconate. So it was at a meeting in 2013 with Fr. Dan and Caren that I suggested the possibility of an online ‘center’ that could make the faithful aware of the rich history of this ancient role. I began contacting women who had the theological training that I lacked, and shared my ideas with them. Some were skeptical due to the roadblocks they had encountered over the years. Others were supportive and even enthusiastic. I boldly reached out to Metropolitan Kallistos Ware to ask if His Eminence would serve on our advisory board, and he quickly accepted! Our board of directors and advisory board quickly grew to include esteemed theologians and academics.

"I have been criticized by some because I lack the credentials typically required for such an endeavor. But our board (and advisory board) is rich with esteemed men and women possessing impressive degrees and credibility. Therefore, I like to think of myself as just one of the fishermen, simply carrying out God’s will as He presents it to me."

Ann Marie Mecera is our Woman of the Week. We asked her to tell you about her morning routine:

"My morning starts with a cup of coffee, the news (the least controversial stations to keep from getting agitated), and checking my calendar and email. I intentionally spend a lot less time on social media these days to keep a calm disposition. Once I’m fully awake, I take a walk or ride my bike through our quiet neighborhood, and often stop to sit at one of the many beautiful ponds to say my morning prayers, and read the daily Scripture and Sister Vassa’s reflection. Prayer and building my relationship with God is still a challenge for me and something I have to work on, yet I pray during this morning ritual, simply thanking God, and asking for His forgiveness and mercy. This habit is one I developed when I was caring for my mother and things got particularly tough. Undoubtedly, this struggle was a gift, as it taught me to seek out God for His help and mercy like I had never done before. My goal is to never let this practice wane. Once I’m back at home, I have breakfast while working at my computer and tackling the day’s projects. I still work part-time as a marketing consultant, and also stay quite busy strategizing, overseeing projects, and carrying out necessary tasks for the St. Phoebe Center. My day is now in full swing." 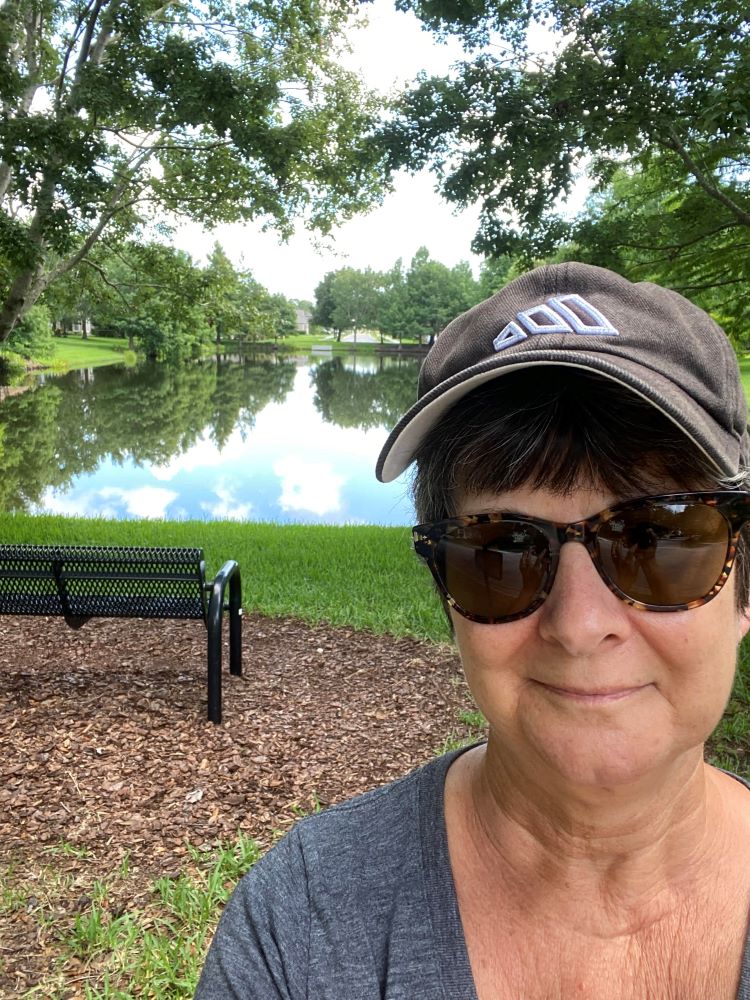