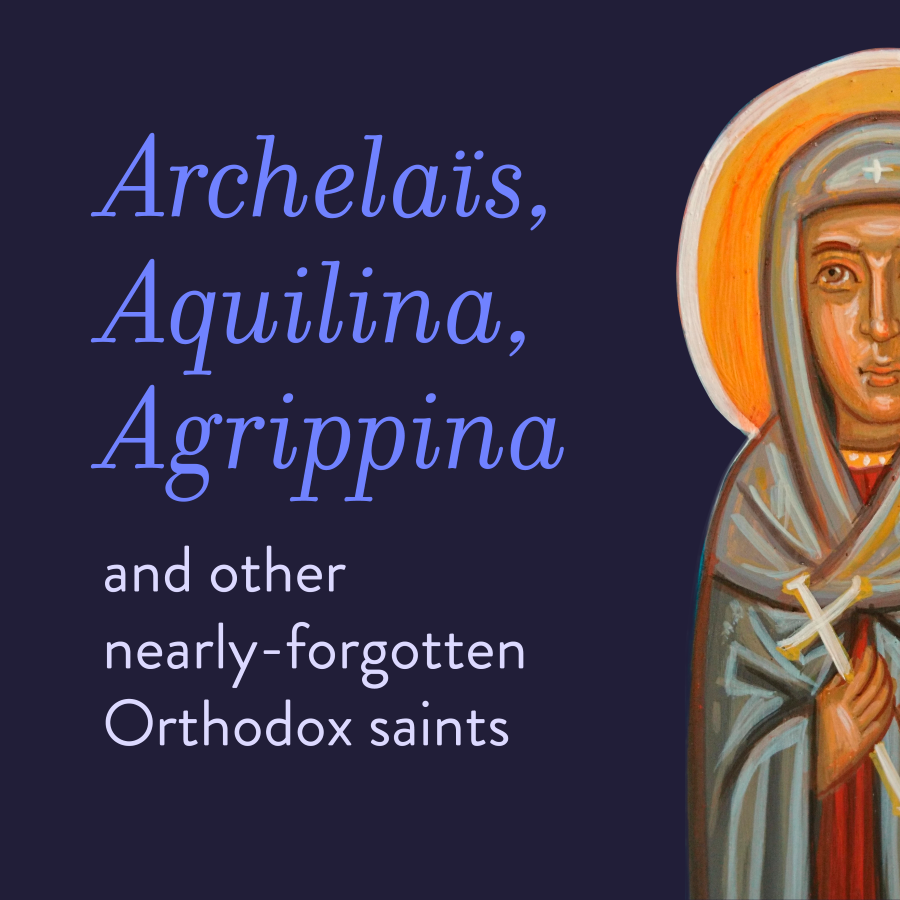 The month of June starts with the feast day of some very well known saints:

Mary and Martha, with their brother Lazarus, were especially devoted disciples of our Lord; their story up to the time of the Resurrection can be found in Luke 10 and John 11-12. Mary and Martha were among the Myrrh-bearing women. They, with their brother, reposed in Cyprus, where Lazarus became first Bishop of Kition after he was raised from death by Christ.

Throughout the rest of the month, however, we encounter a whole series of saints, and they came to holiness in a wide variety of ways:

Our Holy Mothers the Martyrs Archelaïs, Thekla and Susanna (293)

They lived the ascetic life in a monastery near Rome. When a persecution of Christians arose under Diocletian, they left for Campania and settled near the town of Nola. People from nearby began to come to them for counsel, instruction and help in various trials and sicknesses. They were later arrested, tortured, and finally martyred.

Our Holy Mother Melania the Elder (410)

Melania was a Spanish aristocrat. After her husband and two of her children died, she traveled to Egypt to visit the monks at Nitria. She gave away most of her great wealth to the needy, and to Egyptian Christians being persecuted by the Arians. It is said that in three days she fed some 5,000 people. When the Orthodox in Egypt were exiled to Palestine, she went with them to Jerusalem, where she built a convent, and took up residence there alongside the nuns.

Aquilina was already preaching Christ to her friends at the age of seven. After she was martyred at the age of 10 or 12, her relics healed many of the sick.

Anna was an orphan who married a rich man’s son. When her husband’s family urged him to divorce her and marry someone more suited to his rank, she decided not to stand between him and his family and went to live on a deserted island although she was pregnant. She and her son worked on that island for 30 years in fasting and prayer before a hieromonk found them there and baptized her son.

Agrippina strove to live a chaste life in the Rome of Emperor Valerian. After she was martyred, her friends Vassa, Paula, and Agathonica took her relics to Sicily for burial. A church was built there in her name, and people who visited ascribed many miracles to her.

Febronia was a nun who was killed by someone who wanted to marry her and his entourage. He later converted to Christianity in remorse. She is a healing wonderworker.

Before she became one of the Myrrhbearing Women, it is said that Joanna was the one who recovered John the Baptist's head after Herod had him executed, and buried it  on the Mount of Olives.