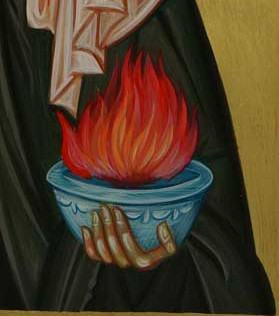 I have been exploring words, to discern their close meaning—“Holy” is the third in the series.  The gift of words we have received from God, I have realized, is a very serious gift, if not the most important.  It is through words that we name things, seek to understand them, and then communicate concepts to each other.  By means of the “Word” God reveals himself to us. As “Word” Jesus came to us as both the Son of Man and Son of God.  So now I would like to examine the word “Holy.”

“Holy” first appears in scripture in Genesis when God dedicates the seventh day and made it holy.  Research tells me that the word in English derives from an Old English word meaning “whole”. We use it to translate the Hebrew “qadesh”.  Qadesh means “set apart” in a divine sense, but is also used in scripture to denote the essence of God.  This is obviously highly significant.  A section in the book of Isaiah helps drive this point home:

“Holy, holy, holy is the Lord Almighty; the whole earth is full of his glory.”

At the sound of their voices the doorposts and thresholds shook and the temple was filled with smoke.

Isaiah then finds himself purified by having a burning coal touched to his lips, at which point the Lord tells him the mission He wants him to fulfill.

What do we learn from this passage?

First, the Lord appears the way a great king would: the train of his robe is so long that fills the entire temple, as a symbol of transcending majesty.  In other words, he is greater than any earthly king.

Second, the angels known as the seraphim treat him with great care. They cover their faces with two wings because they dare not look directly at him. (Remember when God instructs Moses not to look upon his face lest he die?) They cover their feet because the space near the Lord is too holy to tread on. (Remember when Moses is told to remove his shoes in God’s presence for the same reason?).

Finally, we see that the glory of God fills the entire earth.  It radiates from him like fierce, energetic power, and like the fire of the coal (or the burning bush) it purifies what it touches.  This is holiness that most of us have never encountered. (Remember how Moses’ face radiated when he came off the mountain?)

Now we understand Isaiah’s terror.  He is completely broken from this encounter and he recognizes the distance that exists between himself and all the people he knows and God. He is afraid he will die from this terrifying face-to-face meeting.

It is highly significant that the seraphim in this passage repeat “Holy, holy, holy!” so many times.  In scripture important things are marked by being said twice: for example, Jesus often says, “Verily, verily, I say to you.”  He means, “Pay attention: this is important.” Here, however, the word is cried three times. That occurs only twice in Scripture, here and in Revelation.  Three times means that what follows is off-the-charts important. Why? Because God is revealing who he is.  “Holy” used in this way means that God  is so totally other, alien, and set apart from anything else in our experience that He is beyond anything earthly or created.  God is uniquely, totally “whole”.  He is complete, transcendent, all-powerful, perfect, pure, creative, majestic and “king” above all He has made. Moreover, He is known only to Himself: “I am that I am.” We humans cannot understand who God is, we don’t even have the language to describe Him. Words fail us when He revealed Himself to us the way He did to Isaiah, who finds himself utterly overwhelmed by that vision. Years ago, my mother compared Isaiah’s experience to that of a worm tootling along inside an apple who is suddenly confronted by a human taking a bite out of its apple.  There is nothing in the worm’s experience that would let it understand that human. I’ve always liked her metaphor and it helps to keep me real.

God sets other things apart to share somewhat of his holiness. He appointed the Sabbath as holy when He created the earth. He also instructed that the Holy of Holies be kept separate in his Temple and the Ark of the Covenant.

There are also humans who dedicate themselves to God by setting themselves apart from the world. God either assigns them to these roles or use their free will as humans to seek God and dedicate their lives to His service. When people dedicate themselves to God, seek Him, draw close to Him, open their hearts and minds to Him, God enters them and “dwells” within them, works through them, and potentially makes them holy as He is holy.  When, through the power of God, they partake of His holiness, we recognize them as saints.

We have days that are set apart for the remembrance and service of God. We call them holy days (holidays).  Objects may  become recognized as holy when God acts through them, as in weeping or otherwise wonder-working icons, or the relics of saints that retain God’s power and holiness to witness to His presence. Some items that are set aside for use in sacramental service to God are given the epithet “holy”: as in the Holy Cross, Church, or Chalice. Icons that represent Jesus or his saints take their holiness from the image painted on them, which have the potential to lead the viewer into communication with the holy.

During Eastern-rite liturgies, we repeat the “thrice-holy hymn” at the Anaphora as we ascend to God’s throne to pray for the descent of the Holy Spirit “upon us and the holy gifts.” The priest announces our cry to God: “Singing, crying, shouting the triumphal hymn and saying: Holy, holy, holy, Lord of Sabaoth; heaven and earth are full of Thy glory. Hosanna in the Highest.  Blessed is He who comes in the Name of the Lord.” As it did in Isaiah’s vision, the prayer draws us into the presence of the angelic host. At this sacred moment of liturgy, we find ourselves acknowledging God as “Holy” and bowing before his presence with a series of “amens.”

“Holy” is a word worth paying attention to. It reflects the powerful presence and action of our almighty, living God.

Tanya Penkrat, who holds a master's degree from St. Vladimir's Seminary, is a regular blogger for Axia Women. 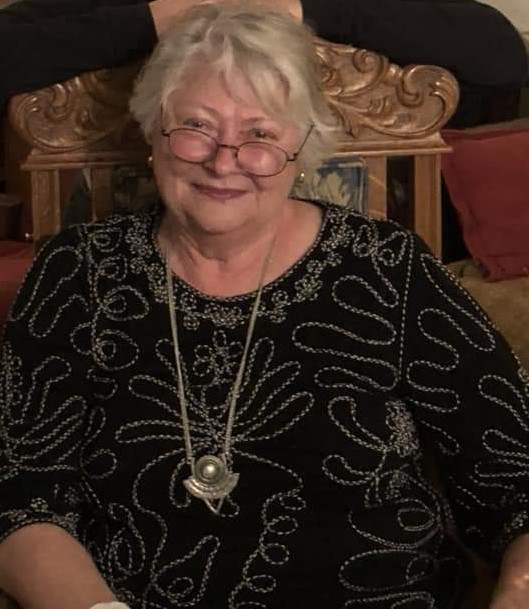