What’s a Woman to Do? 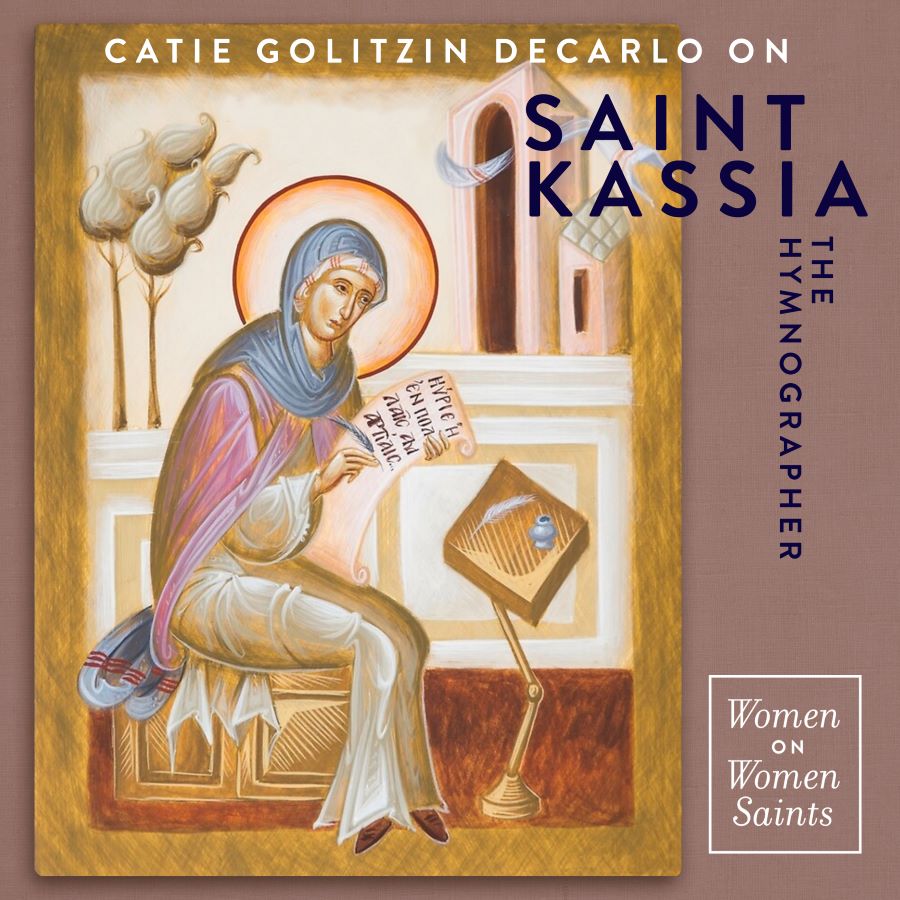 Have you heard of St. Kassia the Hymnographer?* I first became acquainted with her as a young child during Holy Week, when I heard the Hymn of Kassia (“The woman who had fallen into many sins, O Lord…”). Later, I saw her icon hanging behind the kliros next to that of St. Romanos the Melodist, but it was years before I knew more about her life. In the amazing book Seven Holy Women, I read of a remarkable woman who showed true boldness and brilliance. I will relay one of the stories in that book for you here:

In the saint’s youth, she participated in a bridal contest for the hand of Emperor Theophilus. (One wonders whose idea this was, since from St. Kassia’s teenage years she had written of being inclined towards the monastic life.) No doubt familiar with the saint’s outspoken reputation--already as a young woman she had been flogged for opposing iconoclasm--the emperor arrogantly remarked to her: “From woman came the worst” (that is, from Eve came sin). And Kassia deftly responded: “And from woman came the best” (i.e. from the Theotokos came Jesus Christ). With the true humility that emboldens, St. Kassia neither became defensive nor pusillanimous, but presented a balanced and grace-filled account of the truth, all in just a few words. Needless to say, she was not selected as the future empress (although the remarkable woman who was, Theodora, also achieved sanctity, despite being married to an iconoclast).

With St. Kassia’s characteristic economy of language, it was another saying of hers that made me truly fall in love with this great God-pleaser: “I hate silence when it is time to speak.” The beauty of this statement is of course that it could mean almost anything to anyone. So the question is: what exactly is it time to speak about? It’s so easy to “insert cause here” and ignore the actual witness of St. Kassia, who died in a convent which she founded, quietly serving God through her beautiful writing to the end of her days.

A great temptation for those of us who have grown up in the Church, or in any case belonged to it for a considerable length of time, is to complain about it and try to change it. This temptation can take many different forms for each of us. One that I am quite familiar with regards the place of women in the church. I’ll be the first to admit that I have been interested in the cause of the relative dearth of female saints in our Church’s canon. If one also considers the recent surge of male converts to Orthodoxy in the North American church, one might even draw the conclusion that our faith is somehow friendlier to men.

However, if one visits any church in a historically Orthodox country, one will most likely see many more women than men filling the nave. Probably this is true in heterodox Christian churches in the United States as well, although I wouldn’t necessarily know. But judging by the multitude of English-language podcasts and articles floating on the Internet on things like “how to get your husband to take spiritual leadership,” I’m guessing I’m not wrong. In general, it seems that women have an innate piety, perhaps more so than men. Orthodox Christian women may see fewer saints that “look like them” depicted on the church walls, but this has never deterred us from loving and worshiping God in His church, nor even seemed a cause for concern, until perhaps recently.

Although I don’t have the definitive answer to why this is, I do have a hunch: I believe the heresy of today is the need to make everything relevant to ourselves. If I had a dollar for every time a professor asked during class in my Masters program, “what in this reading resonated with you?” I would be an annoyed millionaire: “You’re the exper--tell me what’s important here and place it in context for me--don’t offload that burden of meaning-making onto me--I’m the student here! I’m supposed to learn from you.” Although it bothered me then, it wasn’t until recently that I better understood why. Over the past year, a hard but important lesson I’ve been learning is that the need to see myself in others, to relate them to myself in order to find connection with them, is to deform the universe by placing myself at its center. A scientific objectivism here would be more Christlike: to behold and appreciate things, people, and reality the way they are, not the way I perceive them in relationship to my mean and limited self, is necessary in order to truly know them.

What does this have to do with the question at hand? “I hate silence when it is time to speak:” I have been all too ready to interpret this through a 21st-century, activist lens, ready to protest whatever in the Church (my home--the place I love more than any other) doesn’t quite suit my fancy or seem to my taste. (If you cannot relate to this, I am happy for you! And if you can--I see you. It’s hard.) Until I realized that perhaps, this is not what St. Kassia meant--and in any case, is not healthy for me.

And so I remind myself of the words of St. Paul: Rejoice in the Lord always; again, I will say, Rejoice. Let your gentleness be known to everyone. (Philippians 4:4-5). What is it time for me to speak about? It’s time to speak of my Father’s love for me, and of the amazing example of St. Kassia. And it’s time for me to speak to our Lord and to my sisters in Heaven, asking their intercession and help, that I would better love God and serve others.

What is it time for you to speak about?

Holy Mother Kassia, pray to God for us!

*Kassia or Kassiani? Alexander Lingas, conductor of Cappella Romana, explains: “When it comes to the name of Kassía or Kassianí, these days one very often hears the version ‘Kassianí,’ which is the modern Greek version, but in the hymns themselves, Kassía has, in the acrostics where you write down your name - often Byzantine poets did this - she signs with ‘Kassía.’ So it’s clear that ‘Kassía’ was the version she used.”

Catie DeCarlo is a wife, mother, lifelong lover of the Orthodox Church, and Northern California resident. She enjoys spending time with friends new and old, and practicing the arts of homemaking. 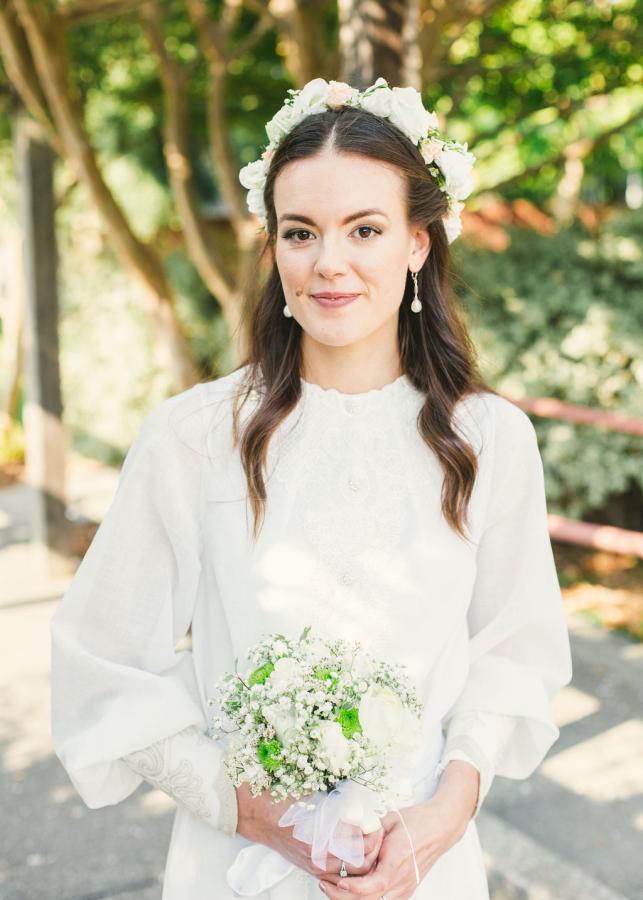