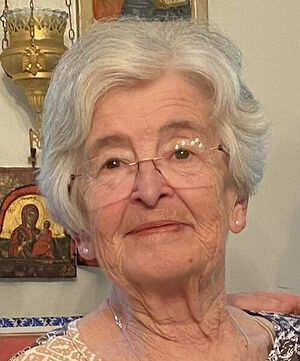 I came to know Matushka Anne Hopko during a brief but developmentally important span of time when I was a student at St. Vladimir’s Seminary, now exactly two decades ago. She was arguably OCA royalty by virtue of being Fr. Alexander Schmemann’s daughter and Fr. Tom Hopko’s wife, and I think everyone shared an unspoken awareness and esteem for her presence on campus—a reality that she bore gracefully, but without any capitulation to vanity or sentimentality.

I was young, a newcomer, and a total nobody within that tiny enclave, but I know by the way she interacted with me and with others that she saw the students around her in a clear-eyed, perceptive, and empathic light. I liked that she was feminine, yet self-possessed, and warm without being overly demonstrative or effusive.

She was an excellent choir director, seamstress, and also served as bursar in the administrative offices. In contrast to the seminary environment, which could often be a whirl of intellectual rabbit trails and abstract preoccupations, she was given to practical matters and unwaveringly level-headed. A lot of exchanges with her had to do with the construction of garments, whether she was commenting on how my friend’s skirt was “cut on the bias,” or explaining to me that real linen is naturally prone to wrinkles. The more pure the linen, the more it wrinkles.

Most of my brief conversations with her took place in the small Three Hierarchs Chapel on campus, where I learned that if she seemed to be closely observing people around her, it was not because she was making judgements about their piety or church etiquette, but more likely because she was interested in how a particular blouse, dress, or what-have-you was pieced together. I also remember her knitting a navy blue toddler-sized cardigan for her grandson, but saying that she preferred sewing, because knitting required “too much counting.” Some days after my chrismation, she let me know that what I wore was “very appropriate,” a compliment that, coming from her, I will always cherish.

Matushka Anne also had the gift of offering encouragement in a way that was practical and immediately applicable. One time at a choir practice, I was struggling with an unfamiliar alto part. She was not conducting that day, but she made everyone stop singing, looked at me and said, “You’re having a mental block.” She then hummed the melodic phrase for my benefit, implying, “Now, you’ll be able to sing it too.” Immediately, I did so. In that simple moment, she managed to both pinpoint my struggle and pluck it out like a small splinter. She separated me from my floundering, and helped me get a grip and recognize that I was capable of the task at hand. As unremarkable as that moment surely was outwardly, I have always remembered it vividly and I believe now this is because, in its essence, it demonstrated the essential action of motherhood– to see, to diagnose, to encourage, sometimes to disrupt the inner drama, and to offer a practical path forward. She knew the liturgical cycle and services backwards and forwards, and once when she saw me struggling in my unfamiliarity with a particular response in a hierarchical service (which everyone around me rattled off by heart) she said: “Don’t worry. Eventually, you will know it ALL.”

There are surely many others far more qualified than I am to write a remembrance of Anne Hopko, but I do want to mention one more pearl that has stayed with me. Once–again in the chapel–she said to me, sympathetically, “I can tell you have a mind that drives you crazy.” Certainly, as a young convert from the Protestant south who found myself sandwiched among black cassocks, eastern European accents, Biblical Greek, and Yonkers, I had plenty to puzzle through in those days. But one could argue that many, if not most, of the students at the seminary were at an unstable stage of life that could be socially awkward and developmentally out of rhythm. As a collective we could be compared to poor Mark Studdock, C.S. Lewis’ fictional character in That Hideous Strength, who is described as “skidding violently from one side to the other, [as] his youth approached the moment at which he would begin to be a person.” I think she saw all of this for exactly what it was, but knew better than to try to fix anyone or interfere. Instead she had her own life, her work, her family, and her hobbies, but was also a stable, gracious presence on campus who had a good word to offer when the opportunity presented itself. The nugget of truth she delivered to me was not one that I was ready to comprehend in that turbulent moment, much less do anything about, but it was a useful insight into myself that I was able to tuck away for later. To grow into real persons, we need, at some point, to encounter the living witness of real persons, who make a deep impression on us, and which we can carry with us far into the future. Matushka Anne was just such a person for me, and I’m sure for many others. 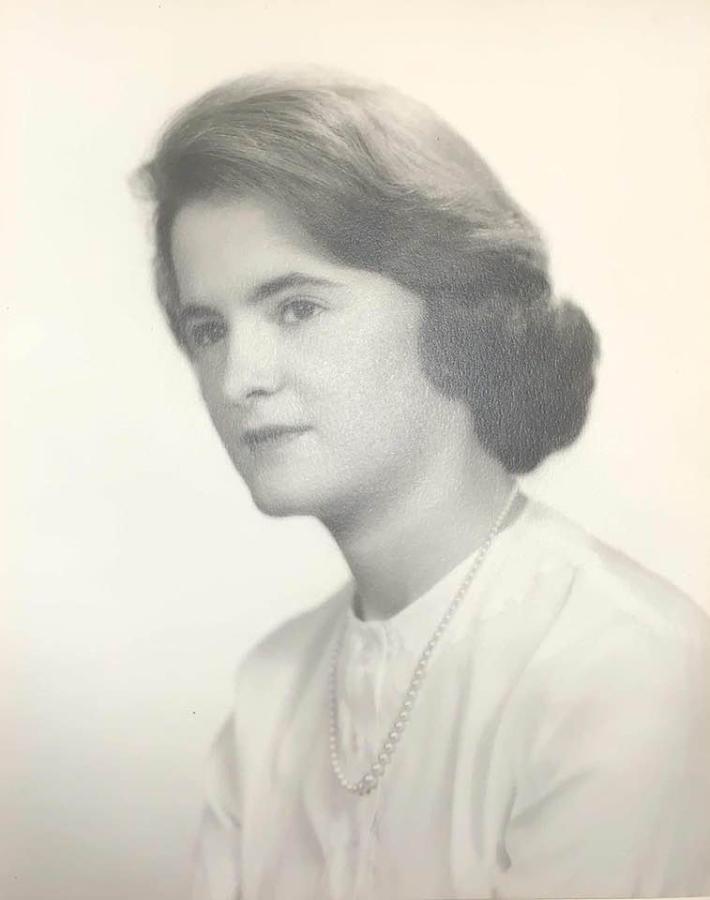 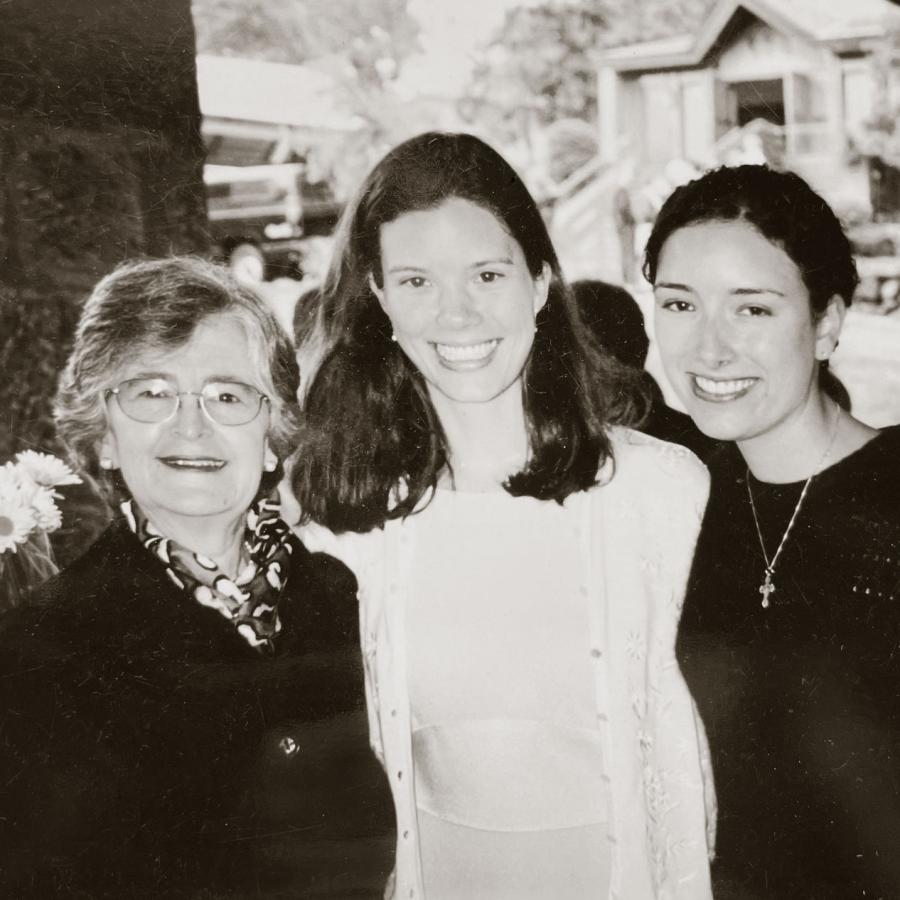 I can’t write a reflection on Matushka Anne Hopko without at least mentioning her husband Fr. Tom Hopko. I was so fortunate to spend two years in the classrooms where Fr. Tom lectured and in the chapel where he preached. Fr. Tom was known (and is still known, through his podcast archive) for his ability to synthesize and summarize the faith in ways that are beyond the scope of most people, and present those ideas in a way that was expansive, mesmerizingly interesting, and comprehensible. Matushka Anne Hopko never spoke in front of a group that I can remember, expressed herself economically, was inconspicuous, and did not linger in lecture halls. And yet, I wonder: how many of Fr. Tom’s now well-known Fifty-five Maxims of the Christian Life were inspired by her? Going through the list now, I can see her everywhere in it.

Another time in the chapel she turned to me with raised eyebrows and said, “Listen to this.” What came next was the reading of Proverbs 31, the description of the wise woman whose children are clothed in scarlet, who is a shrewd household manager, and who laughs at the days to come. It was almost as if, hearing this read aloud in the chapel, where she had been attending services all of her life, she felt a certain satisfaction in the fact that at least once a year the lectionary paid undeniable homage to her way of doing things.

This photo with Matushka Anne and Ann Mitsakos Bezzerides is from spring of 2000, or thereabouts. May her memory be eternal!

Julia Wickes lives in South Bend, Indiana, where she is director of communications for Trinity School at Greenlawn, mother to two teen girls, owner of a miniature poodle named Ramona, and wife of a Syriac scholar and Notre Dame professor. She has always loved sewing, but more recently has directed her attention toward acquiring power tools and building simple but practical things with wood. She holds a master of arts in theology from St. Vladimir's Orthodox Theological Seminary. 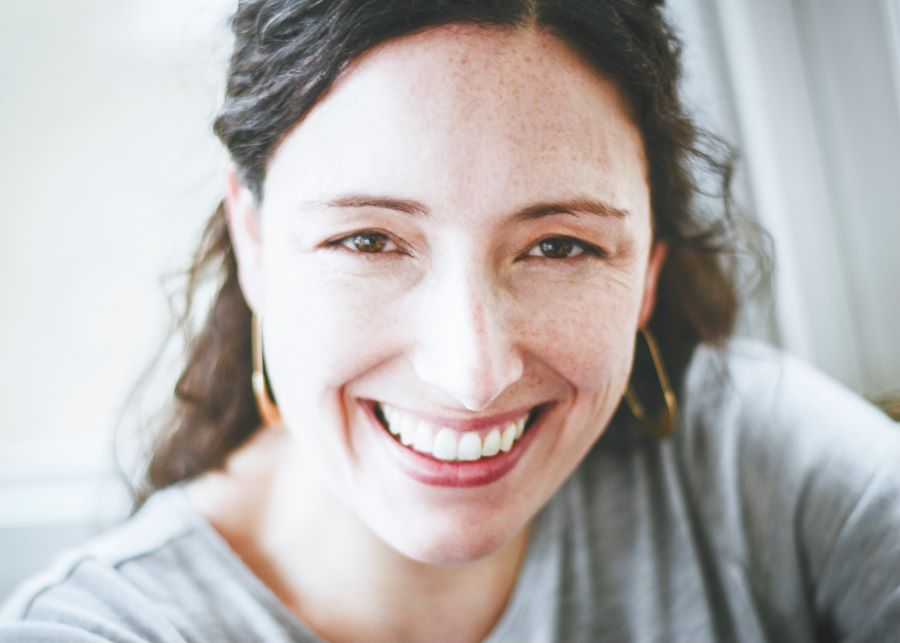