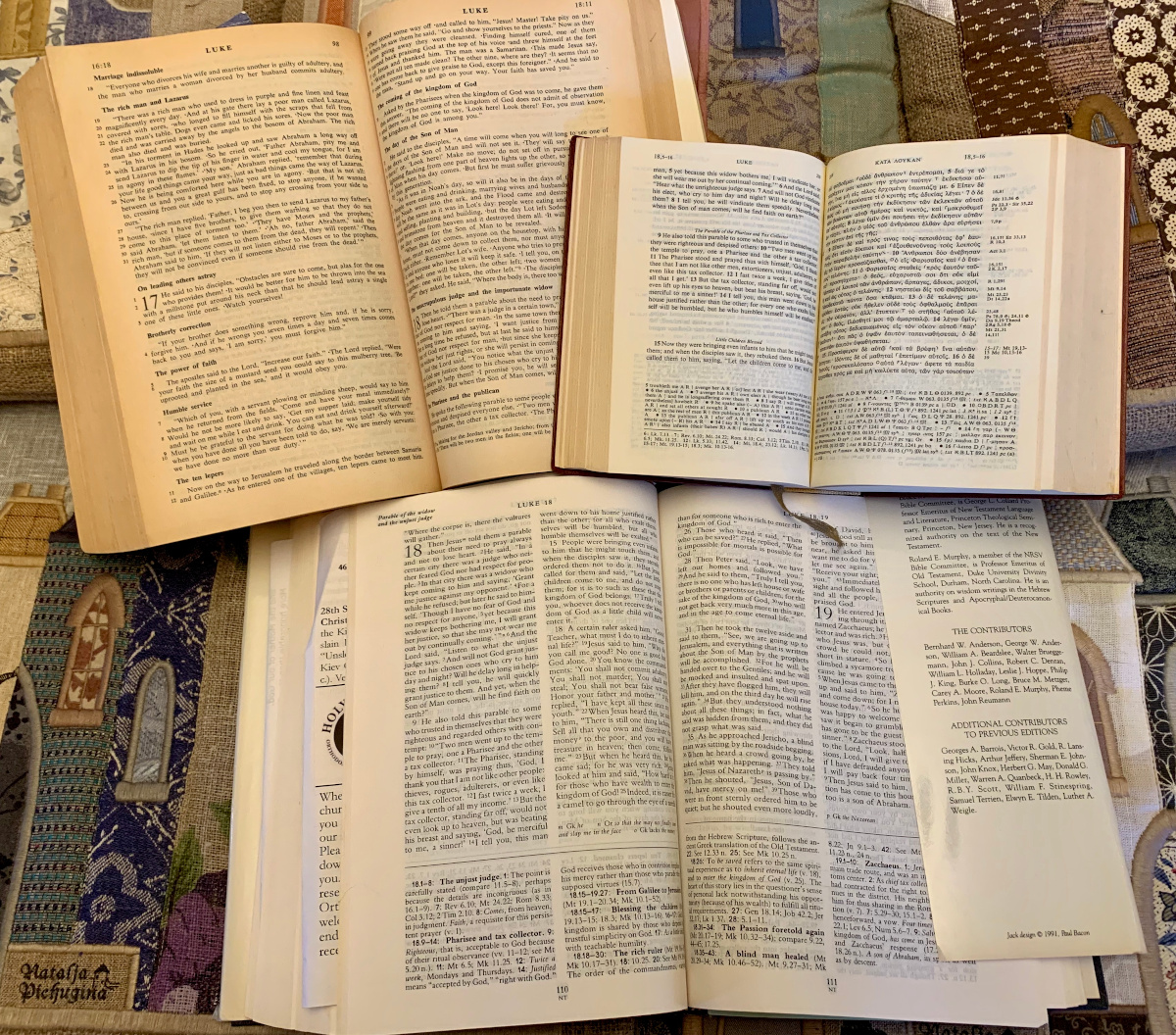 I learned lectio divina on retreat at New Skete monastery, in Cambridge, NY. More than any other practice, it has changed my relationship with Christ and has created a pathway to dialogue with him. For all that, there's nothing complicated about it. It’s a simple, three-step practice, that goes like this:

I never expect that we’ll see anything new in these well-worn readings—but somehow we always do. My husband I practice this together before Sunday liturgy. We discuss and record our findings. We follow the New Calendar in the OCA, and a recent session in the run up to Lent looked like this (we use a different translation for each read-through because: why not?):

Me: “My word was ‘exalted.’ My phrase was ‘I am not like other people.’

“I don’t know if there’s a ton to say here, because the message feels pretty blatantly obvious. I remember when we did lectio on this passage last year, we focused on the fact that the Publican’s justification was immediate – that is, he went home justified – it wasn’t that he immediately went justified to heaven. So we have the Pharisee doing all the righteous actions in his daily life, but not at the temple. The Publican does just the opposite: he’s been cheating people, but when he arrives at the temple he recognizes himself as a sinner and having acquired that humble attitude lets him he return home justified.”

Husband: “My word was ‘justified.’ My phrase was ‘exalts himself.’

“I also recalled last year’s insight about the immediacy of the publican’s justification, as it were. And I thought about what ‘justified’ means. It feels like it means ‘made right in some way’. And that’s something that we strive for, but it can only ultimately come from the outside, something else has to make us right. In this case, that something else is God and I suppose that’s kind of the lesson. Self-exaltation never works. Self-humbling is what effects exaltation from God. But the other point, what you brought out, about the temple being the moment of truth, as it were, reminded me of the thief on the cross. He was a thief, which means that until he is hung on the cross, he was doing all the wrong things. But when he is on the cross and humbles himself, he goes ‘home’ justified. The temple moment in this parable is the cross moment for the thief: total transformation. We see the same kind of moment for Zacchaeus in the tree.”

Me: “And also the kneeling at the feet moment for the Canaanite woman.”

Him: “You come into the presence of God and all else is meaningless.”

Me: “So it seems that accepting that and recognizing it is what allows for them to be justified.”

We’re looking forward to another session this coming Sunday…