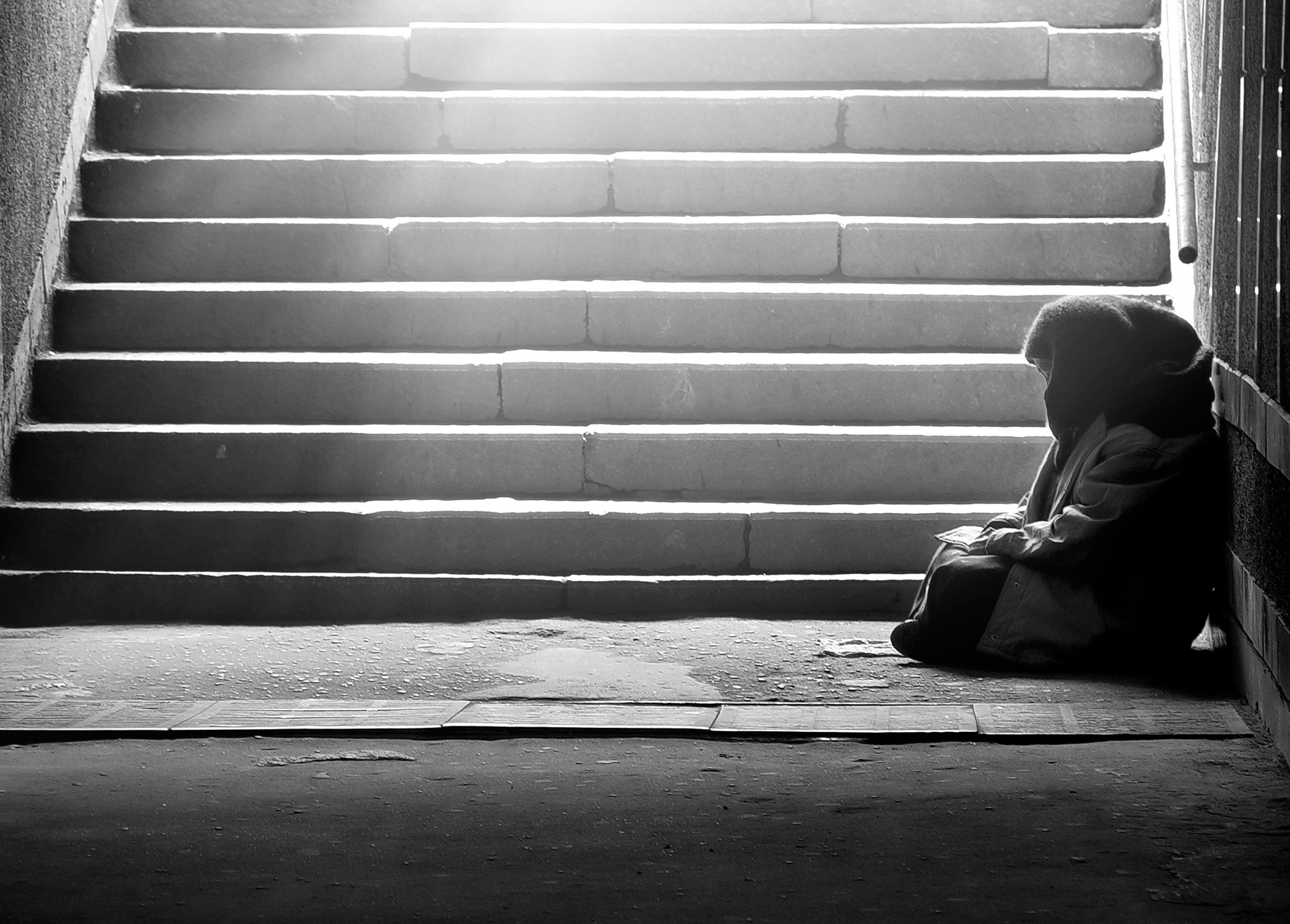 She looked up at me with bewildered, lost blue eyes. All I could do was stare back at her, dumbfounded. It was 7 AM in NYC’s Penn Station and I was watching an older woman drag herself on her knees around a trash can, barefoot, with sores climbing up her feet.

When I moved to NYC, what struck my heart the most was seeing the rich and the poor share the same seats on the subway. I could not--and still struggle to reconcile--walking past people on the street in need every day.

When I began working in the Inter-Orthodox, Ecumenical and Interfaith Relations Department of the Greek Orthodox Archdiocese of America, I was asked to choose a social issue, as part of the Department mandate to work in Church & Society, which would tie into our work at the United Nations as an organization with general consultative ECOSOC status (in other words, recognized by the UN's Department of Economic and Social Affairs). Evidently, a new NGO Working Group to End Homeless had recently been created and, without a second thought, I joined the group.

As members of this NGO working group, each organization brings to the table the expertise, experiences, and best practices of the people they serve and represent. For us to contribute, we had to ask ourselves, “How do we as Orthodox Christians in America serve our neighbors who are experiencing homelessness?”

The brainstorming and phone calls began. I called many Orthodox Christian organizations and ministries in America to try to understand how they see this issue. Through the NGO Working Group, I was connected to the Vincentian Family Homeless Alliance 13 Houses Campaign (https://vfhomelessalliance.org/c13h/) which aims to improve the lives of 10,000 homeless people around the world in three to five years. I had a Skype call with two incredible coordinators of the campaign, and they helped me understand how the Vincentian family started their work on homelessness.

As the project progressed it became more and more clear that each Orthodox Christian ministry needed to meet around the same table and talk about homelessness in person. On September 12-13, 2019 the first Pan-Orthodox Christian Ministries meeting was convened at the Greek Orthodox Archdiocese headquarters in New York City. The objectives of the meeting were to first to get to know one another, craft a shared understanding of homelessness from an Orthodox Christian perspective, and provide recommendations to the Assembly of Canonical Bishops of the U.S.A.

The two days concluded with two results: a common, multi-faceted understanding of homelessness along with actions items to continue the incredible energy, willingness, and momentum of the time spent together. After a report was given to the Executive Committee of the Assembly of Bishops, the Executive Committee sanctioned the creation of a working group to develop an Orthodox Volunteer Corps, a gap year of service after college graduation for Orthodox young adults under the guidance of the Assembly Secretariat.

That’s not all. Our conversations about the crisis of homelessness continue. An informal network of Pan-Orthodox Christian ministries, parishes, clergy, and laity working on homelessness has been created and will meet once a month over Zoom video conferencing. The network will act as a resource and a place of action for greater service to those experiencing homelessness in our communities. Any Orthodox Christian organization interested in this initiative is encouraged to contact ecumenical@goarch.org.

The woman I saw that morning in Penn Station shocked me and I walked away wishing I could do something for her. My prayer and hope is that this small project will be the beginning of greater service to people like her, who need (at a bare minimum) a pair of shoes and to be recognized as a beautiful human being. 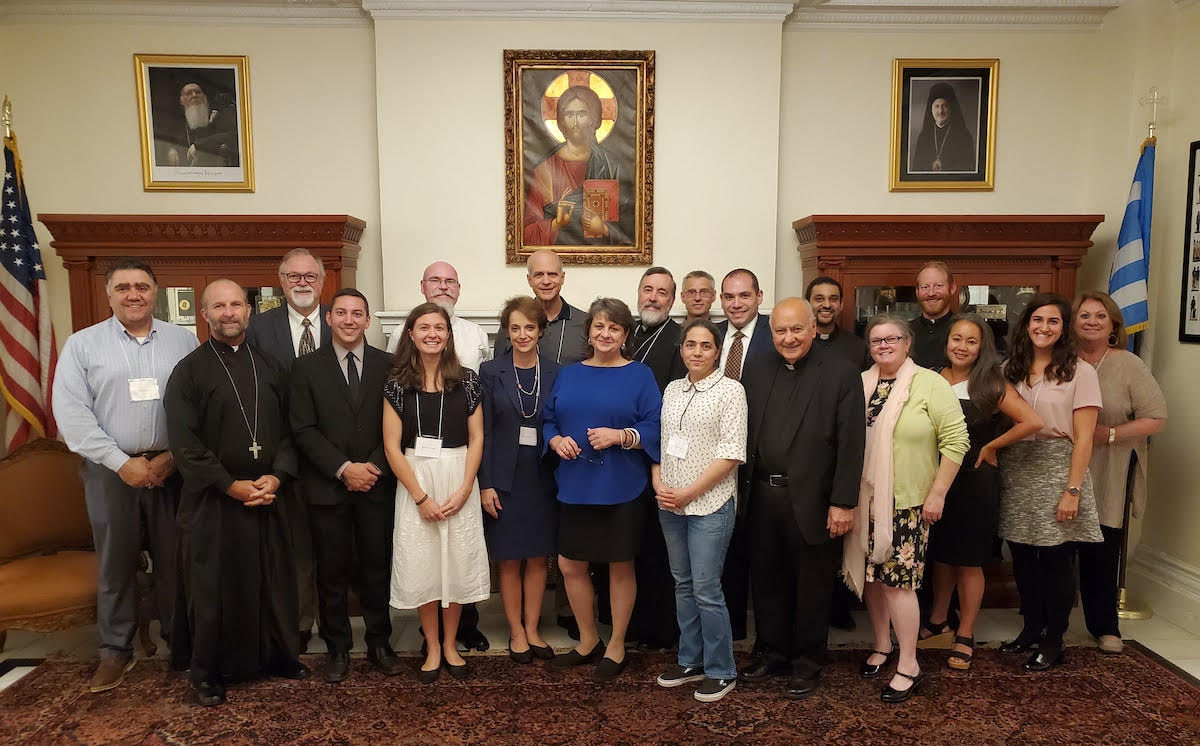 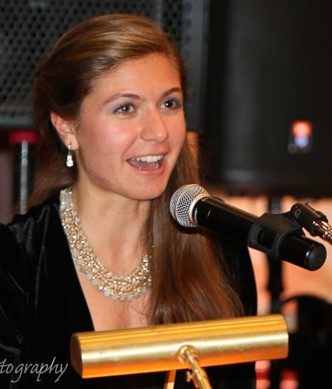 Spyridoula Fotinis works for the Greek Orthodox Archdiocese in the Department of Inter-Orthodox, Ecumenical, and Interfaith Relations as the Coordinator of Programs.