St. Helen, Collaboration, and the Cross 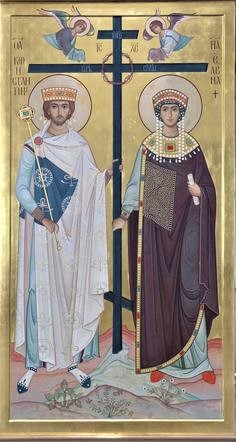 I don’t know if anyone else in the Axia universe spends any time watching British gardening shows. If you do, you’ll understand how I got inspired to build a small labyrinth of raised beds in our backyard. We hadn’t budgeted for anything of the sort, so we spent most of the late winter and early spring scavenging the wood from far and wide, laying it out, cutting, fitting, and fastening all the pieces into place. Then I spent months filling them with soil! This year a relative offered me a dilapidated greenhouse. We traveled several hours to take it apart, load it into our long-suffering car, haul it home, and reconstruct it. Both projects have been a lot of work with many rewards. I’ve made several pounds of pickles, for one thing. As a huge benefit, though, we get to spent time as a couple and as a family working on these things together. I always end up glad that our budget didn’t permit us to hire people to do all the work, thinking of all we’d lose in our relationship if we had taken that “easy route.”

So the life of St. Helen and the way she and her son collaborated with each other struck a chord, when I was doing background reading on the feast of the Cross, which we commemorated on September 14. St. Helen was the mother of Constantine the Great, the first ruler of Byzantium (to simplify a very complicated history). The two of them ended up working together for the faith in a way that created a turning point for Christianity.

We know very little about Helen’s early life and most of that is speculative. She was not born into the nobility; in fact, she may have started out as an innkeeper’s daughter or a stablemaid. But somehow she met young Constantius, the future emperor. Some say that they became acquainted when they each noticed the other wearing the same bracelet. There’s no evidence that the two of them ever married—Constantius was wed to Theodora in 293—though Constantine had been born around the year 272. When Constantius died in 306, the army acclaimed her son, the 34-year-old Constantine as the emperor, sparking civil wars around the realm.

Constantine soon took a strong interest in Christianity. What is uncertain is whether Helen converted Constantine or he converted her. What is known is that he converted in 312 (though he was only baptized on his deathbed), which lead to him decriminalizing Christianity throughout the Empire a year later, which gave it a supportive environment to spread widely throughout the Empire for the next thousand years. We also have the sense that when Constantine gave his mother carte blanche to make a pilgrimage to Jerusalem to find the True Cross, she accepted with alacrity. Although elderly by that time, she carried out his commission with grace, strength of character and discernment, uncovering Christ’s sepulchre, identifying the remains of the Cross, and commissioning churches and monasteries to be built.

The Emperor Constantine clearly loved, admired, and supported his mother, as she must have done to him. As a result of their inspired collaboration, they transformed the history of our faith. They had all the wealth of the empire at their disposal, but St. Helen still took to the road and undertook the work herself, diligently and intentionally. May St. Helen and her son St. Constantine bless us so that we also find ways to collaborate with those around us for the good of our relationships and the transformation of the world, in His service.

Here we are in our new-old greenhouse. We hope to be adding the walls before the first frost! 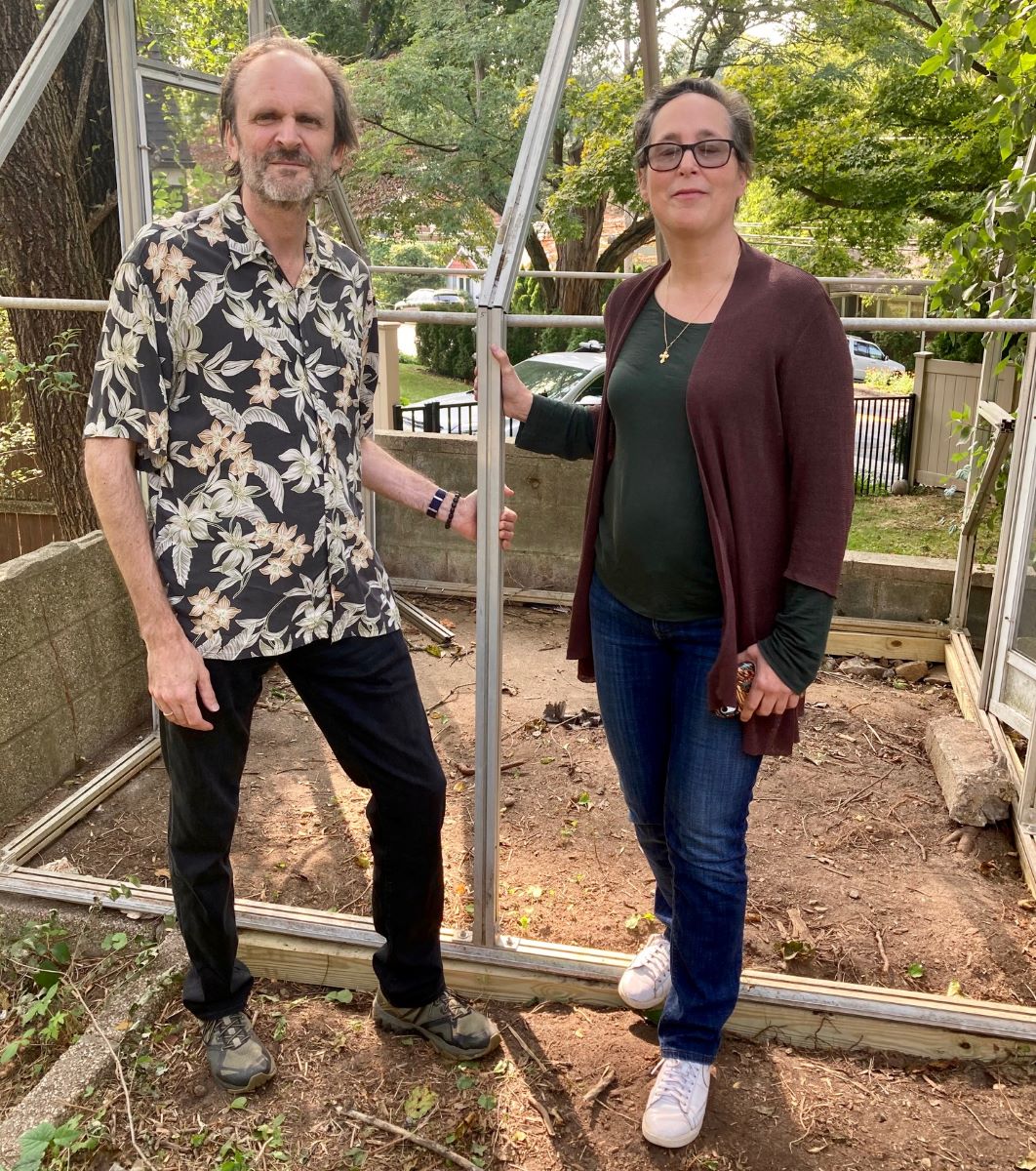