The Shunamite and Me 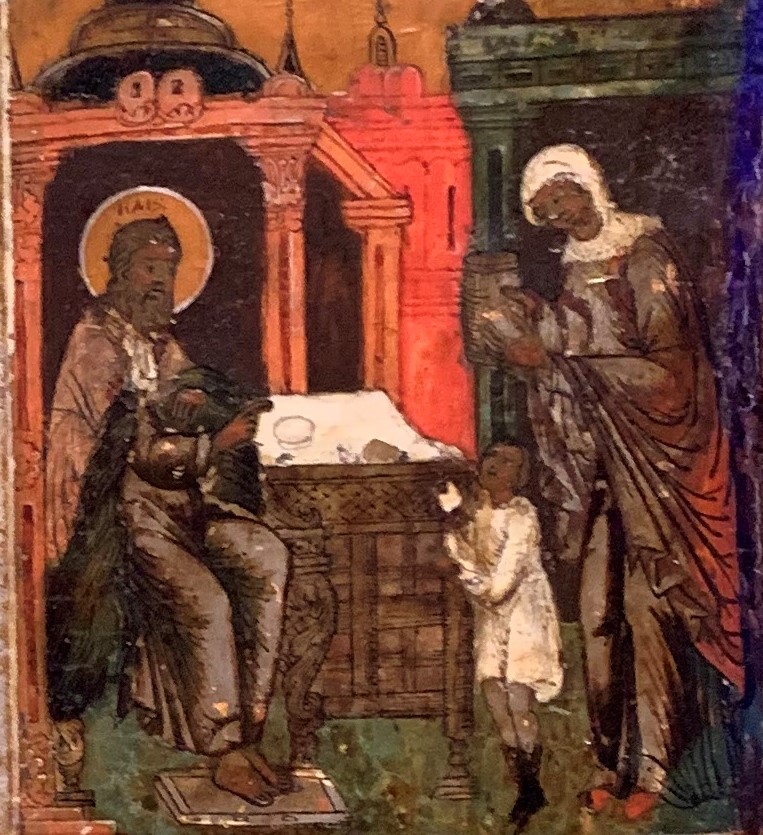 Whenever I’m given a choice about reading one of the fifteen Old Testament passages during the Holy Saturday service, I always say, I’d really like to read #12! Is there any chance I could be assigned #12?

In the Eastern churches, that reading recounts the story of the Prophet Elisha and the wealthy woman who offers him hospitality, first giving him some food as he passed by and then building a guest room for him. (You can find it at 2 Kings 4: 8-37.)

The prophet wants to repay her kindness to him, so he consults his servant, Gehazi. Together they ask if she needs anything, such as a good word on her behalf to the king. Her response? “I dwell among my people.” She means that she is doing all right, status-wise. But the men know that she is childless and decide on what must be a very great gift: a son. To be childless (and especially son-less) was regarded in that society as a curse. Elisha knew he had the answer to that problem.

A year later, she bears a son. We can assume that she loves him and rejoices in him. For when he collapses and dies at the age of twelve, she acts immediately. She makes haste to find Elisha on his mountain to hold him to account. He gave her a gift that she didn’t ask for and didn’t need. Now that things have gone wrong, she insists that he make things right. When Elisha offers to delegate Gehazi to see to the dead child, she has none of it. Because she persists, and because he wants to do right by her, the prophet returns to the house and raises her son from the dead.  The reading ends in a wonderfully anticlimactic way: “She came and fell at his feet, bowing to the ground. Then she picked up her son and went out.”

I’ve been thinking about this story again for two reasons. One is that we just visited the Museum of the Russian Icon, not far from Boston, where we saw scenes of this cherished story on a hagiographic icon of the Prophet Elisha.* The other is that in recent weeks, while we have been doing our Sunday lectio divina as a family, we’ve been noticing how rarely Christ works miracles without first asking the person what they want from him. He grants blind men their sight, obliges demons by sending them into herds of swine, heals the Roman centurion’s servant at a distance, cures an epileptic child and the father’s unbelief—only once he understands that they have specifically asked him for those things. He never presumes. 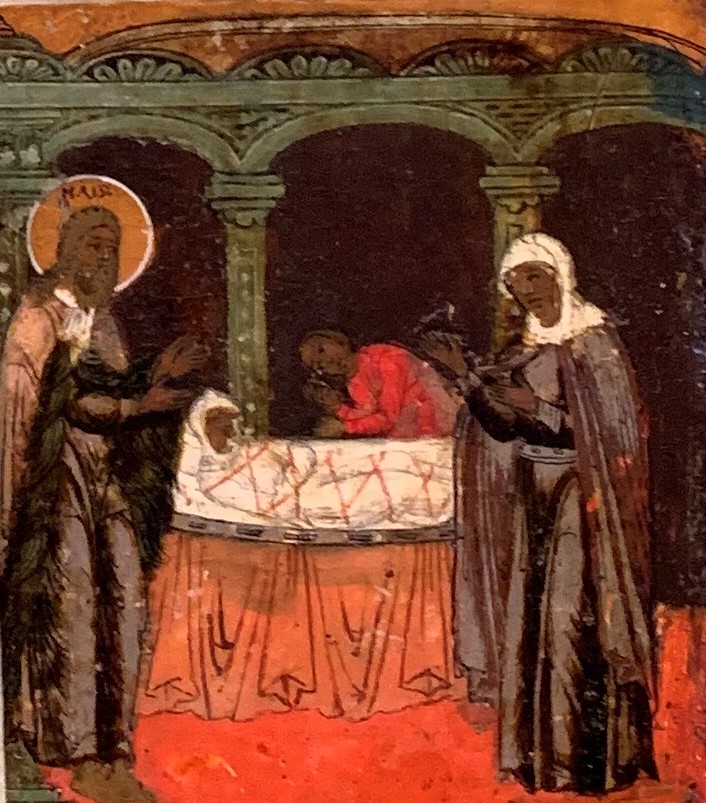 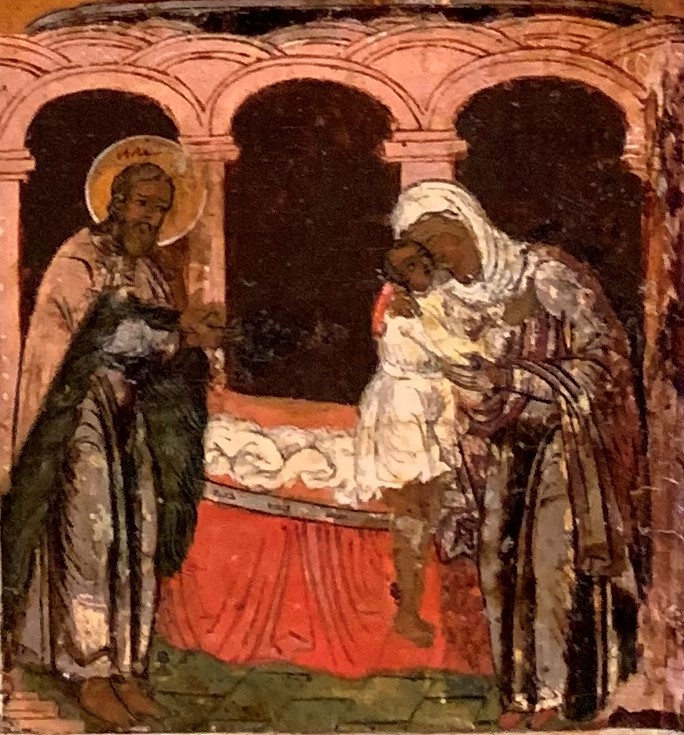 Events go awry for Elisha, great and holy prophet though he is, because he makes assumptions. He presumes that the woman would rather undertake the risk of heartache of having a child. He presumes she will have no one to care for her if her husband dies before she does. He presumes that his good intentions are enough and therefore doesn’t listen to her when she tries to tell him otherwise. Fortunately, she has the wisdom, persistence, and sense of self that allow her to insist that he do right by her. Which he has the prophetic and pastoral sense to do.

May we always remember to listen before we act on someone else’s behalf, however good our intentions. May we also find ways to persuade others to listen with an open heart and discernment. Holy mother Shunamite, pray to God for us! Holy Prophet Elisha, pray to God for us! Lord Jesus Christ, have mercy on us!

* These scenes are from an icon of the Fiery Ascent of the Prophet Elijah. It dates from late 17th-century Russia and can be found on the upper story of the Museum of the Russian Icon in Clinton, MA.

Patricia Fann Bouteneff is president of Axia Women, a life coach, and practitioner of lectio divina.