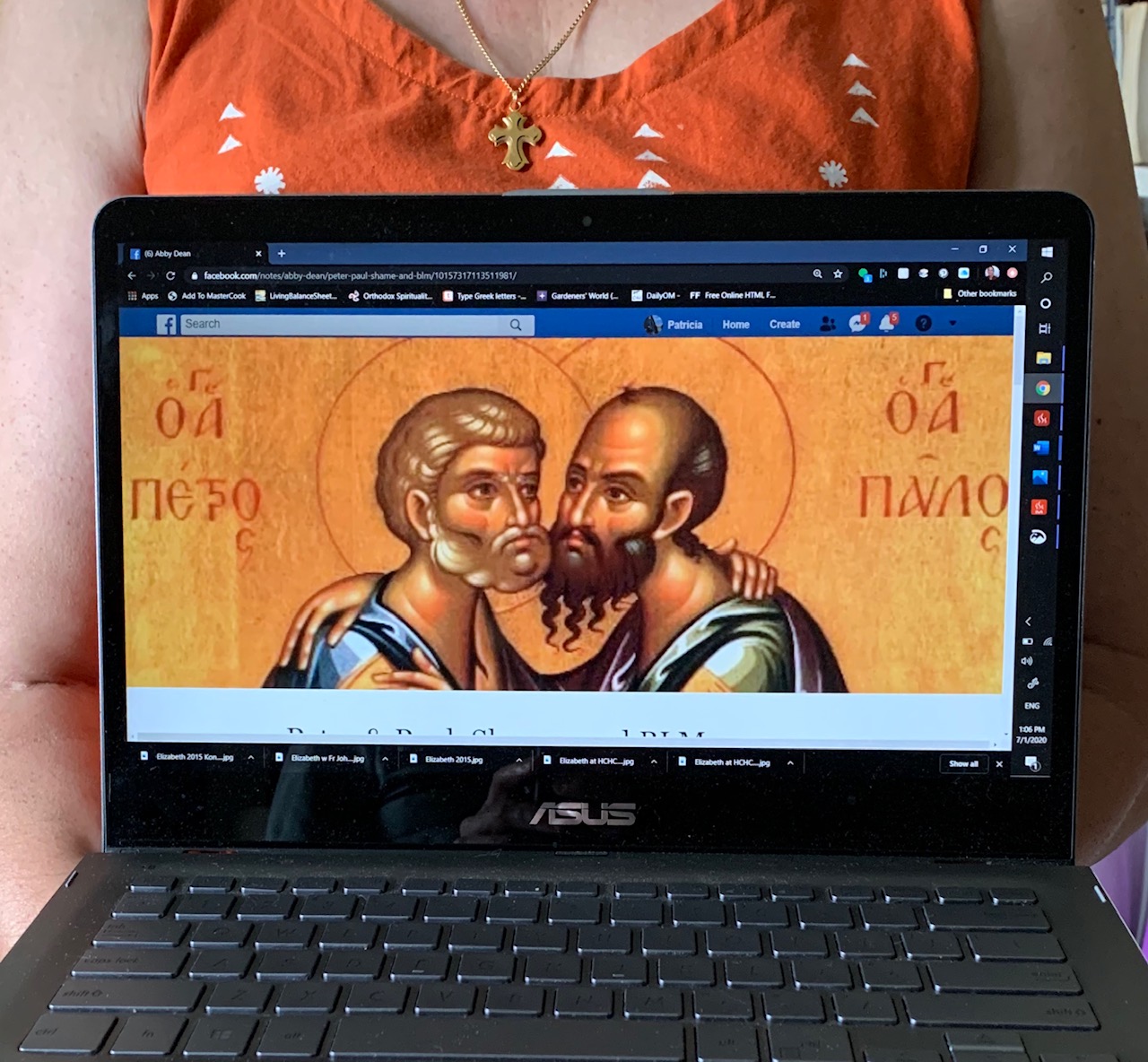 This piece is reprinted, by permission, from a June 29 Facebook Note by Abigail Dean.

“Why do you persecute me?”

These are words God spoke to Peter and Paul, respectively, in each case when they had betrayed Christ; Peter, for denying that he knew and loved Christ, and Paul, for actively targeting and killing Christ's followers. In both cases, they were humbled and ashamed by their thoughts, beliefs, and actions—but they changed. They chose to turn towards Christ, they were willing to change and be changed by Christ.

This feast day, I see obvious parallels between Peter and Paul's stories of betrayal, shame, humility, redemption, and racism--including my own racism--in America.

As Orthodox Christians, we know that shame is not a feeling to be feared--it is a crucial part of the repentance process!

We feel shame when we sin--when we act or think in ways that separate us from God. Often, our sins really boil down to "how have I hurt another person." Maybe I was angry at someone and lashed out; maybe I said something hurtful, out of envy or spite. Maybe I have been impatient or exclusive or judgmental.

When we feel this shame, of causing harm, it is the first step in our Confession: we feel shame, recognizing we have done wrong, and we confess our sins, earnestly asking for forgiveness because we know we caused harm, and then earnestly, truly intending to do better in the future.

(And remember, we also pray "forgive us our transgressions, both voluntary and involuntary, of word and of deed, committed in knowledge or in ignorance," and we recognize that even if we don't INTEND harm, sometimes we are harmful).

When we consider shame in the context of Confession, we know that to feel ashamed is a useful sign and tool to indicate we have done wrong and we CAN DO BETTER! God gave us this feeling to align our moral compass, to call us BACK to Him and to how He wants us to treat each other.

The Feast of Sts. Peter & Paul

When I think of Peter and Paul's stories, I think of imperfect people. Christ chose these two very different men who had flaws, who had actions of which to be ASHAMED, and yet through their repentance and following Christ, they changed the world and built our beautiful Church.

I have been Peter and Paul in my own actions over the course of the years, especially with regards to ways in which I have been racist or complicit in acts of racism.

PETER: Peter declared his love for Christ three times to his face, but denied Him when He was mocked, beaten, and when Peter was concerned for his own safety.

Privately, amongst friends, we may proudly declare we love our Black brothers and sisters, that we are not racist (even though we know that everyone who has been brought up in Western civilization, where racism has been a tool to legitimize economic gain and social norms since the 1500s, cannot possibly be expected to NOT be affected by this socialization and, therefore, struggle with racism and implicit bias)--but when we are in public, amidst friends and family and coworkers, do we find ourselves quiet or laughing along during racist conversations, rather than make everyone uncomfortable, or to jeopardize our social safety?

PAUL: He was intelligent, articulate, learned and well-read, and because of this education he was absolutely POSITIVE that his persecution of Christ’s followers was right and God-driven. But then Christ showed him how blind he had been, and he was called to completely change his beliefs and his ways, to become an apostle.

I, too, have believed firmly that my perspective--that white privilege is a lie, that racism has largely been over since the 1970s, that it's not about race, it's about socioeconomics, that affirmative action isn't fair, that really can't people just get over slavery it was SO long ago, that I AM NOT RACIST--was right.

I, too, have held firmly to my conviction and belief that what I thought and said was not contributing to the harm of others--just like Paul thought he was absolutely right in his own beliefs and actions and did not realize that he was persecuting God. And just like Paul, I was BLIND (sometimes willfully) to the harm I was causing my Black brothers and sisters by not believing them, by not hearing them, and by saying or thinking that I wasn't doing anything that bad.

Just like Peter and Paul, we have to be humbled and ashamed of our thoughts, beliefs, and actions regarding race—for being dismissive, for not caring, for denying, for causing harm even when we didn't mean to—and then we can turn towards Christ, towards unity and true equality and equity.

Christ is calling us to love Him and to love each other, and to do that, we have to be willing to be confronted with our sins, with our mistakes, and to then CHANGE. Change our hearts, change our minds, change our actions.

Being ashamed is not a bad thing. Change is not a bad thing. Christ transforms us—transforms saints—every day, if we allow Him. Christ is calling us to be humbled, ashamed, in our complicity in acts of racism, and then to allow Him to change us. He chose Peter and Paul to build His Church, OUR Church, despite their sins and because of their repentance.

Let us be like Paul and Peter: let us allow Christ to show us the error of our ways—of our racism, of our biases—and let us be changed by Christ. Let us see Christ in our neighbors--particularly our Black neighbors--and when they ask us, when CHRIST asks us, "Do you love me? Why do you persecute me?" let us show in earnest that we love them as Christ loves them. Let us listen and believe them, let us feel shame, and let us do better each day. Like Peter and Paul, we can work to build a world that is better.

By this love, all women and men will know we are His disciples.

Abigail Dean is a graduate of St. Vladimir's Orthodox Theological Seminary and the College of William & Mary. She lives and works at Georgetown University as a Resident Minister and in the US federal government as an analyst working counterproliferation issues. Abby was born into and baptized at St. Mark's in Bethesda, MD, where she leads the youth group today. 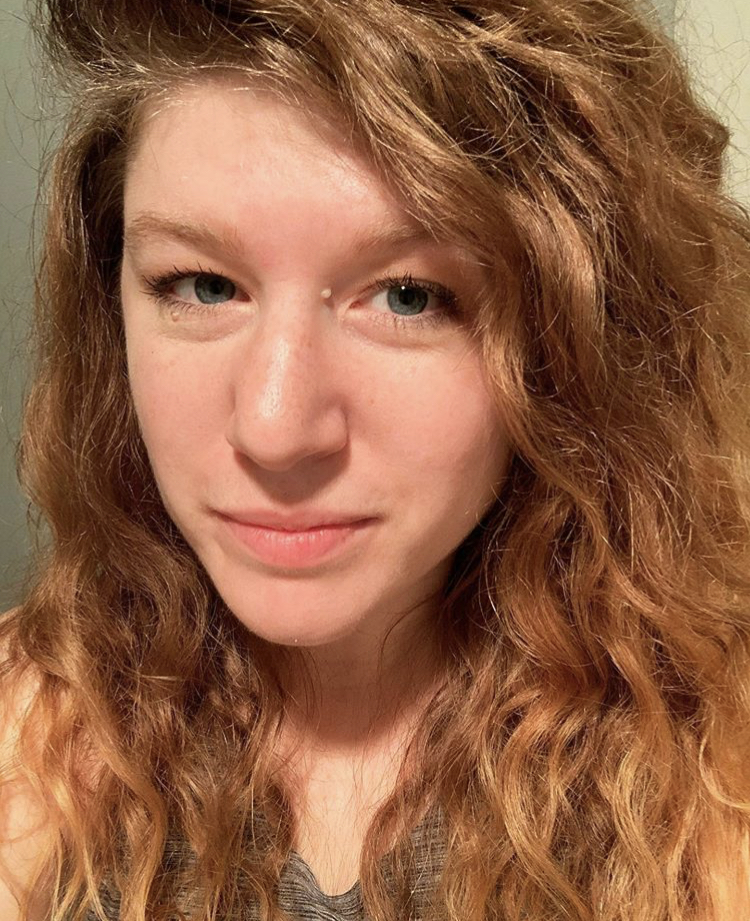