Nave: The Role of the Laity 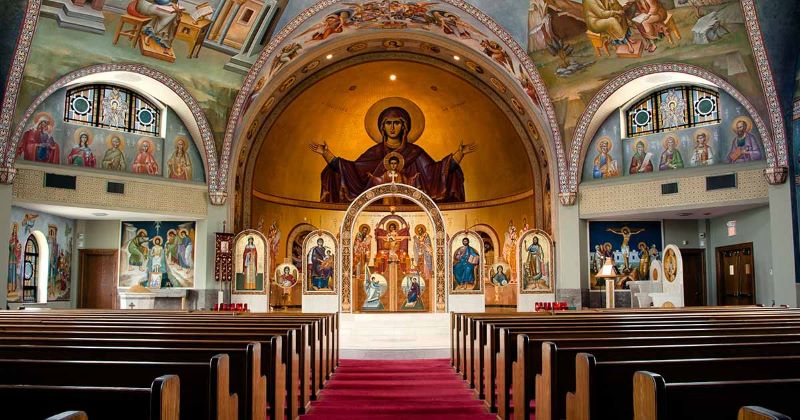 The second piece in our series on of how we move through space in our churches, by liturgist, chanter, and mother Sarah Roumas. You see here naves of Greek, Armenian, Serbian, OCA, and Coptic churches in the US or abroad.

The word ‘nave’ comes to us from the Latin navis, a ship. Folk etymology likes to tell us that this reflects an early practice of building small churches out of overturned boats, that the high-pitched roofs of some churches are a result of extending or mimicking the keels of repurposed ships. But before Christianity the Greeks were referring to their temples as ships, and Ephrem the Syrian in the fourth century sings of his church on Pascha as the Ark, carrying the worshippers through the crashing waves. Ephrem was not being fanciful, or at least not more so than usual: Pascha in Syria fell in the rainy season, and Ephrem’s congregation heard the storms pounding on their roofs as they sang of the Savior’s resurrection. In the northern Midwest I am more likely to worry about snow on Pascha; one Holy Week spent in Atlanta, however, put me right among the soggy descendants of Ephrem’s congregations. The rain slashed against the windows, cutting us off from the world and turning the church into a bright oasis of humanity, shielded and guarded by the walls, a tiny and comic craft lurching among the floods.

The nave of the church is the grounds for unending symbolic interpretations. For the nave of the church is the church itself, and the building of the church is the Church herself. This comes to a delightful pitch in the seventh century with St. Maximos' Mystagogy, his theology of the liturgy, in which he understands the church building as a microcosm of the entire universe. The nave gives us the open space necessary for such wild-flung ideas. Under the arched roof, between the icons gazing at each other, above the heads of the worshippers, the empty space throbs with meaning. It reverberates with sound and silence; it pulses with smells; clouds of incense and shafts of light make it visible to our eyes. Our minds and hearts cannot help but follow St. Maximos and populate it with angels, fill it with the hem of God’s robe, peel back the roof and let in all the choirs of heaven. 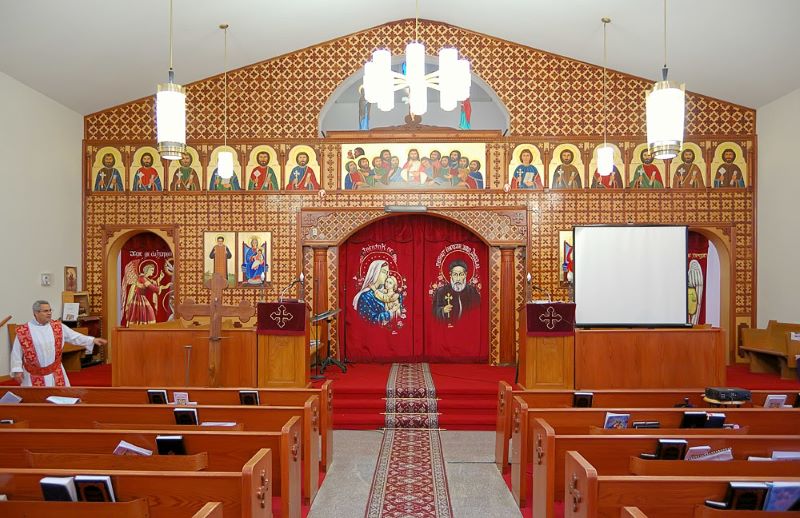 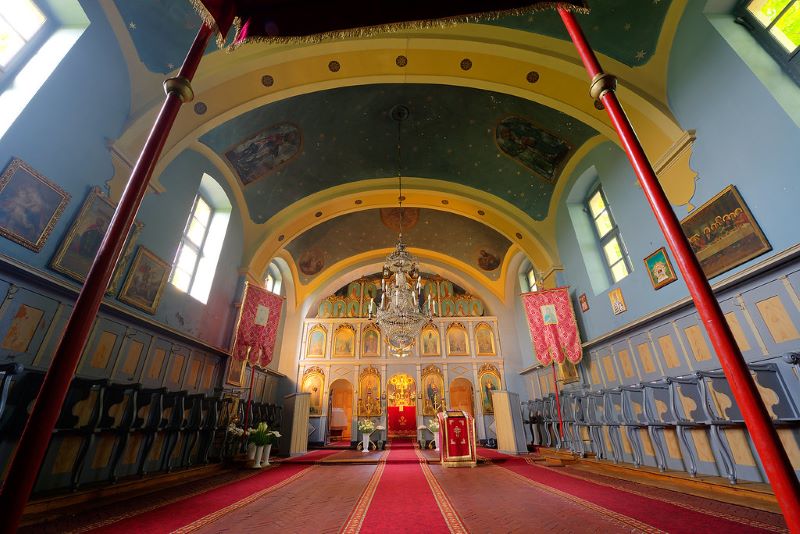 But eventually our gaze comes down from the skies and here we see another universe: the worshipper. St. Maximos names the person not a microcosm but a macrocosm—that we are meant to expand to include the entire universe, accepting and holding it to ourselves that we may present the whole suffering and beautiful world before God. It is right, then, that our gaze is continually pulled away from idle contemplation in the church building, tugged every minute by movement around us; people entering and leaving, children crying, the goings in and out of the altar, in and out of the narthex. This is the reality of the offering of the liturgy. What we offer is our thanks and our selves, and how we offer it is by being our selves, with all the bustle and distraction and communication that comes along with that.

Liturgical historians are fond of lamenting the current state of liturgical movement in the Orthodox liturgy. The Orthodox rite has its roots in Constantinople, a city which adored processions from one sacred place to another whenever possible. But as time went on, and the rite spread among churches across the world, the processions were forced into smaller and smaller areas, till we have what we see today: the so-called Entrances where clergy and altar servers leave the altar by one door and almost immediately return, to the same altar, by a different door. Looked at logically, the ritual does carry an element of farce. And yet! Why shouldn’t the church, compressing into itself all of earth and heaven, all of God’s eternal time, and all the vast humanity which enters its doors, also compress within itself the wild and triumphant processions once seen in the imperial capital? 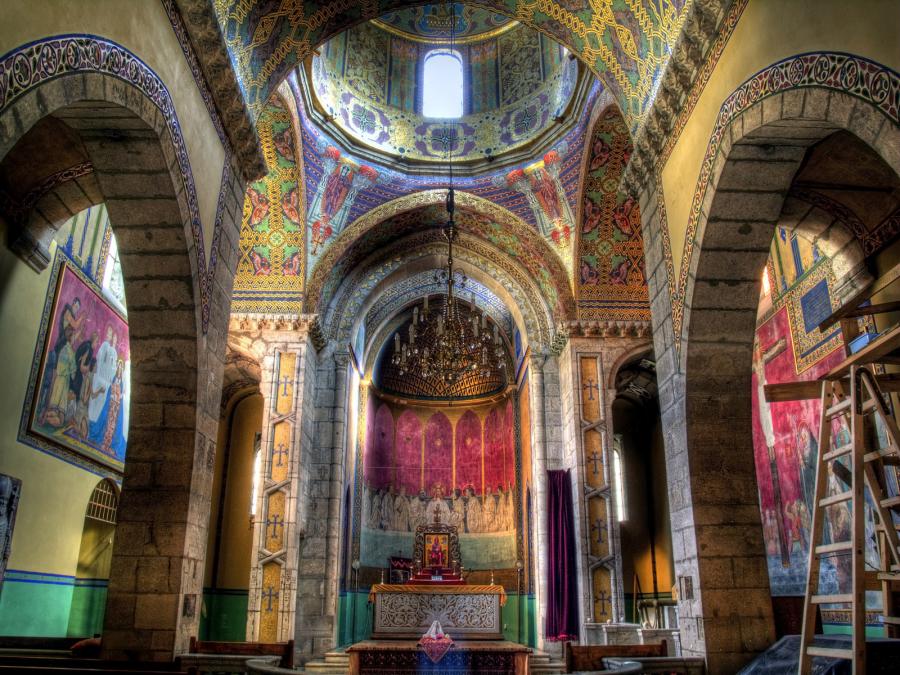 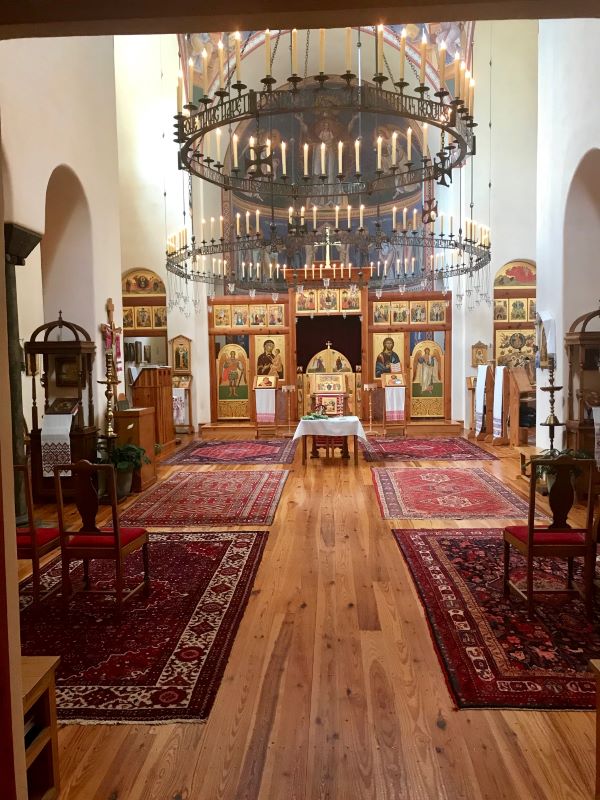 The details and distractions of human life are not alien to the church! It is here that they find, or should find, their true home. The Byzantine tradition has a wonderful panoply of prayers and ceremonies which gather in every detail of human life and present it around the altar. In earlier centuries, the church performed the rite of beard-cutting: when a boy was reaching manhood, his first shave was done in the church and accompanied by special prayers. Similarly, a girl putting on the veil of womanhood did so for the first time in the church, accompanied by prayers specific to this transition. So the awkward steps of puberty were publicly consecrated, gathered in by the whole congregation and presented to God. Today we may have replaced these rites with Sunday school blessings, Nativity plays, and the GOYA basketball tournament, but the theology should remain the same. Let every breath praise the Lord, we sing, and every breath, of fear or annoyance or inspired love, is welcome in the vast space of the nave.

St. Maximos’ successor in mystagogy, St. Germanos, painted a different picture of the church and its symbolism. The liturgy, to St. Germanos, not only remembered the self-giving of the Lord but actually represented all the details of His life and death and rising. In a church service, the whole of salvation history passed before the eyes of the attentive participant. The antiphons and readings of the liturgy recall God’s work before the Incarnation; the prosphoro in its preparation Jesus’ infant birth in Bethlehem; the altar the tomb of His death; and so forth and so on. St. Germanos’ picture completes our understanding of the church. If the details of our lives are to be welcomed and brought into the church for the sanctification of the whole world, then they do so in the homely and sacred details of the life of Jesus. The structure and shape of the liturgy present all that Jesus did, does, and will do for our salvation; our presence and actions in the liturgy inscribe our own lives upon His life. 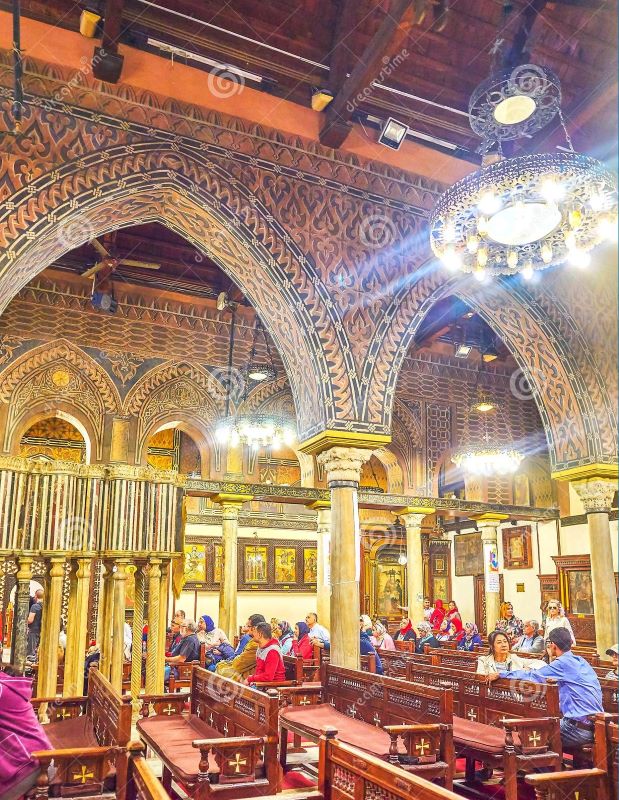 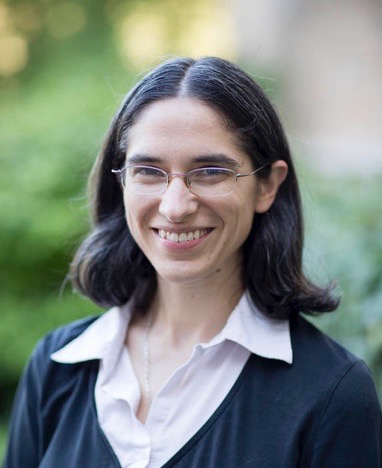