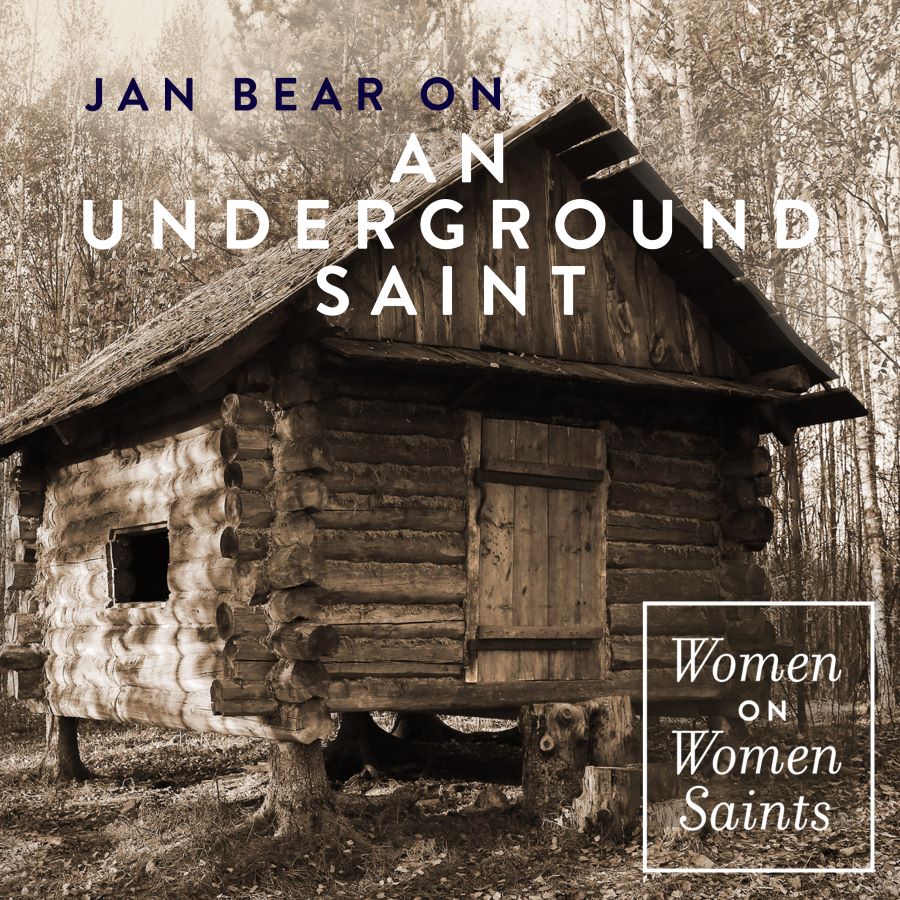 Jan Bear writes on an unknown--and literally underground--saint in her post called "I'm Not Hiding, I Am on a Journey" for today's installment of our Women on Women Saints series:

A long time ago, I heard an Orthodox speaker, whose name I’ve forgotten along with the exact wording of this quote, talk about a Russian holy woman who dug a grave in her basement and spent her time lying in it, praying. When her neighbors told her she should stop hiding and get out more, she replied, “I’m not hiding. I am on a journey.”

Her reply has stuck with me all these years, especially the “I am on a journey” part, because it seemed to capture a truth about life that’s easily lost in a time of global transportation and instant communication.

My Facebook feed brims with photos from around the world and beyond. So many places to go, such interesting sights, smells, tasty foods, so many tongue-twisting languages imbued with mystery and history. Majestic scenery, manmade wonders, surprising costumes, ecstatic celebrations. Just walking through an airport feels electric, like the flow of information through a nerve synapse.

But how does that fit with the journey of the pious Russian pilgrim praying in a grave in her basement?

For that forgotten speaker, that half-forgotten story was an illustrative detail supporting a larger point that I’ve also forgotten. I didn't write it down, because how could I possibly forget? But as it turns out, I did forget everything except that tantalizing nugget of enigmatic truth: We are all on a journey, wherever we go or stay.

A few years after that talk, a dear friend gave me a book, Holy Women of Russia: The Life of Five Orthodox Women Offer Spiritual Guidance for Today, by Brenda Meehan. One of the chapters, about Anastasiia Logacheva, “Hermit and Staritsa,” felt very familiar.

Anastasiia Logacheva was born to a peasant family in central Russia in the early 1800s. When she was 8, her parents and younger sister left her to the care of her extended family and moved away. She grew into a deep spirituality, sometimes running to the barn to pray to the Mother of God for comfort. Prayer would call her away from friends and other activities of village life into an empty church or out into the solitude of an open field, where she could commune with God undisturbed.

In 1826, when she was 17, she set out to find St. Seraphim of Sarov, who lived about 15 miles away. Her goal was to ask his blessing to become a hermit. She got her first glimpse of the aged saint from the back of a crowd waiting for his advice, blessings, and prayers. He called her out from the group and answered her question with a firm, “Not yet.” He told her she was needed to serve her family until the right time arrived.

She spent the next 27 years completing those obligations, including caring for her aged parents after their return. After their deaths, she went out into the woods to make her life as a hermit, turning to fasting, vigil, and prayer to strengthen herself for the difficulties of life alone in the Russian forest.

Like St. Seraphim, her holiness attracted spectators and spiritual seekers, whose needs eventually got her kicked off the land she occupied. She had to return to her home village.

There she built a hut near the church, and in its cellar, she dug a grave, where, pretending to be out of town to elude her neighbors, she retreated for prayer. The author, Brenda Meehan, describes the hermit’s revelation in this way: “The desert, she came to realize, was an attitude, not a place—a radical yet inclusive privacy within which the here and now and the infinite met.”

Throughout her life, she was sometimes a traveler, sometimes a stationary dweller, but always a pilgrim, focused on the inner journey regardless of her latitude and longitude.

When I first read about her, I thought I had found the source of that quote: “I am not hiding. I am on a journey.” But aside from the grave in the basement, the life of prayer, and the curious, uncomprehending neighbors, there was nothing to connect the two women. For all I know, there may have been women lying in basement graves in every village of Russia, hiding from their neighbors to grow closer to God.

But regardless of who or how many, they show us something important for our shrinking world: There are two kinds of travelers: the tourist and the pilgrim.

The tourist sees many fine things and brings home enriching memories, but the pilgrim journeys through the soul.

Certainly it’s possible to do both. But it’s worth remembering that wherever our footsteps take us—or planes, trains, automobiles, or the deepest solitude—in our inner journey, we are all traveling toward or away from God. 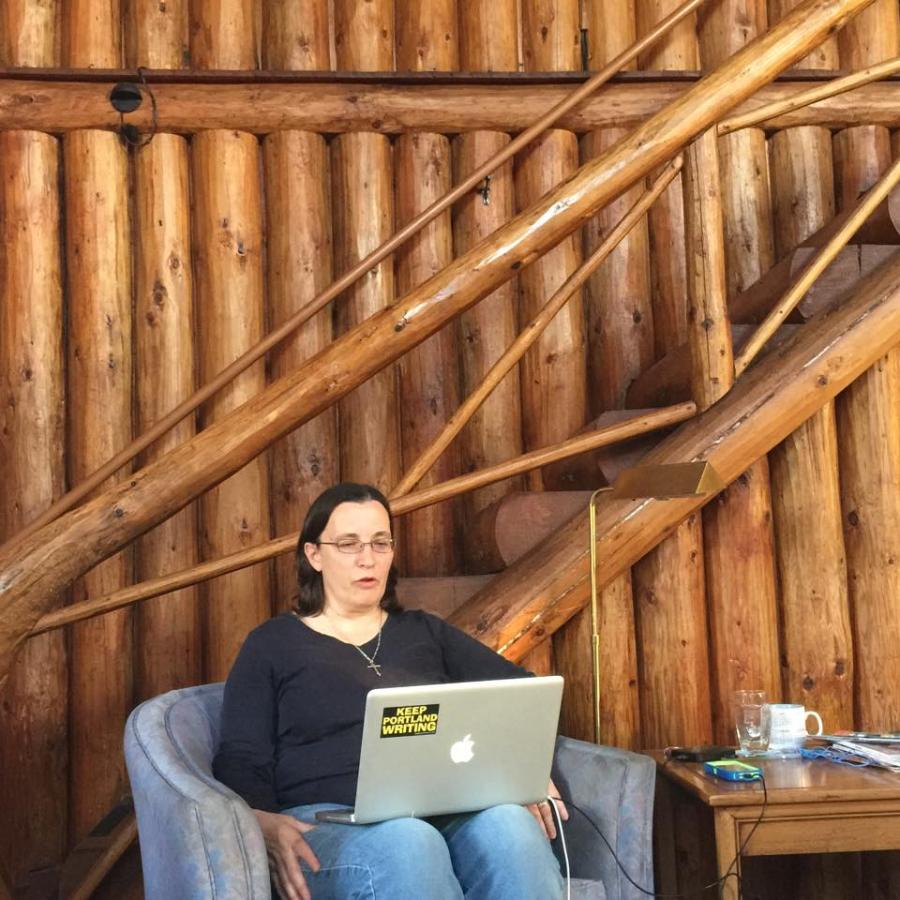