"How to Be a Church Scholar" Recap 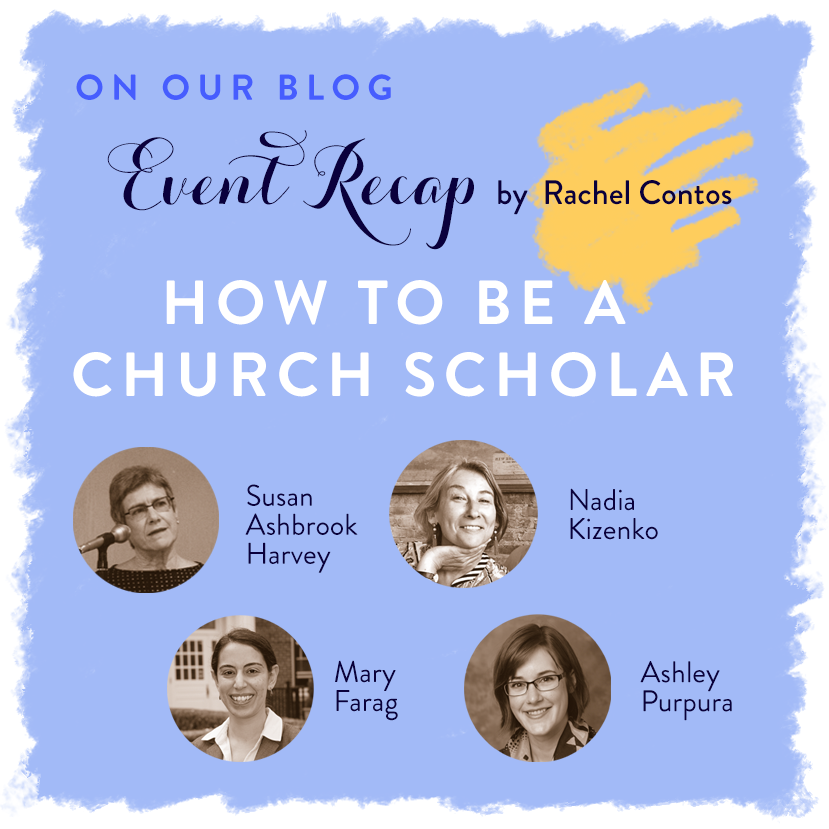 What was clear to me after hearing these four professors talk about their work and the ethos by which they teach, engage in the Church, and engage in their scholarship is that their work is a practice. Yes, of course theory and research are  important components—but their words rang as intentional, or ascetical and liturgical. Here are some of what they said that resonated most with me:

Susan talked about the ways in which attending the liturgy weekly helps her notice new things in her work on Ancient Christianity. She mentioned learning from her students at Brown who are diverse, have bold and important questions, and need a space to learn about ancient sources in both the context of the source and for today. She reminded us that our Church history is the history and study of people and that our history can be one of dominance, but is also filled with stories of resistance and agency—particularly on the part of women and others on the margins.

Mary talked about how in her engagement with scholarship and students she emphasizes perspective and lived experience. She helps her students understand ancient Church history through material culture, particularly iconography. One of her comments that was particularly beautiful to me was that she brings monastic and hagiographical sources to students, but she also allows her students to illuminate these sources in their own contexts–while still providing them with the sources’ contexts.

Ashley, who works at a STEM-oriented university, helps her students think critically about scholarly methods and to focus on why religion is important to people. She noted that using this method, she can explore that–even though people fall short of the ideals preached by their religions–  examples exist throughout history of communities creating practices to live into and move toward these ideals. This striving is part of why we need to take religious impulses and learning as valid, necessary, and worthy of exploration. When talking with her students about theological exploration and questioning, she maintains the idea that “you can’t break God by asking questions.”

Last was Nadia, who interestingly often does not get the chance to teach about Christianity, even though most of her work has been about Orthodoxy and the Church—and she comes at her work as a scholar and as a believer. Importantly, she refuses to do work or be part of work that leaves out women! This ethos has meant that in much of her research when she is setting the scholarship for the area of study within the field, she starts by incorporating women from the outset, so that the entire trajectory of the works has been set to include women’s voices.

What struck me the most about the panel was that what these four scholars espouse as their practical and theoretical methods are deeply Orthodox—but they are simultaneously unique to Orthodox women. At one point the discussion went to how the scholars engage with students of diverse backgrounds who are grappling with the world today. It was clear that even the students from the margins looked outward to include people even more marginal than themselves rather than looking inward to be centered in the Church. And not just to include, but to love—a love that is active reflection, critical scholarly engagement, and work with students that not only teaches them but feeds their soul in some way (a pastoral concern that something all four women mentioned was important to them).

I am so blessed that Axia was able to create a space for this conversation and to honor the work of Orthodox female scholars on their own terms and in a safe space. The question and answers and the conversation that followed led the group toward wanting to generate ways to engage the Church hierarchy, to cultivate young women’s leadership, to be attuned to trauma, and to continue to critically engage in church scholarship as women.

Axia to all of our panelists!!

Rachel Contos is a PhD student in theological ethics at Fordham University where she focuses on Orthodox theology, intersectional method, and activist practice to think through ethics as they relate not only to individual, but collective action and dismantling oppressive systems. Before Fordham she earned her MA in Theology and Society at Marquette University where she was a Trinity Fellow. She is a past board member of both the St. Phoebe Center for the Deaconess and Axia Women. 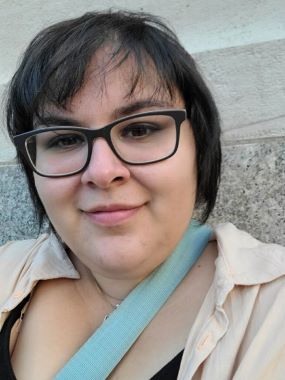