Of Gold, Frankincense, and Myrrh 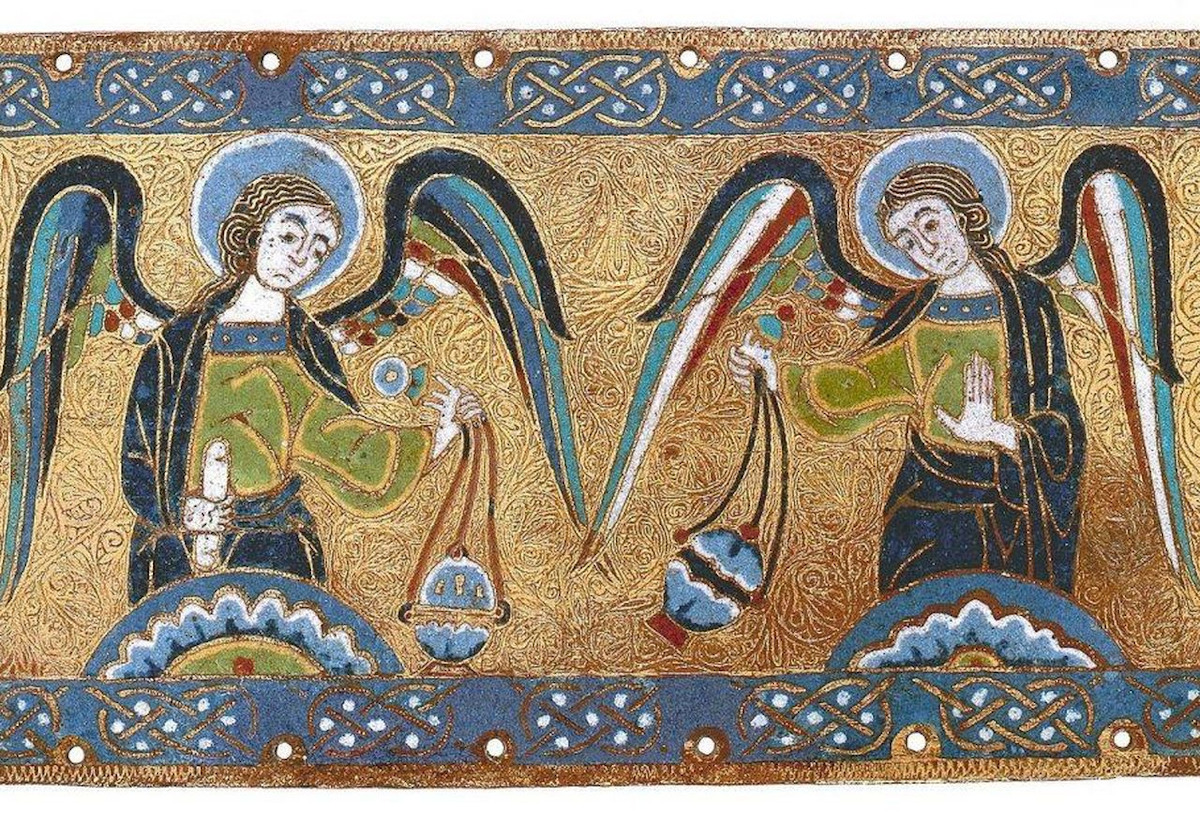 “And when they were come into the house, they saw the young child with Mary his mother, and fell down, and worshipped him: and when they had opened their treasures, they presented unto him gifts: gold, and frankincense, and myrrh.” (Matt. 2:11)

As the days of Advent draw us closer to the feast of the Nativity, we live in anticipation, preparing ourselves and our homes for celebration. Like the three kings following a star, we too are on a journey to welcome and worship the Christ Child, the newborn king. What do we know about the precious gifts brought to Him?

In the ancient world, the gifts of the magi were indeed highly prized items, of kings and for a king. Gold, frankincense, and myrrh have a long history of value and rich meaning reaching back deep into antiquity. Their properties, symbolism, and practical use have played significant roles in many cultures.

Gold has always been the prototype of the precious metals. Throughout history, people have prized gold for its lustre, beauty, malleability, and resistance to corrosion and tarnish. Gold is virtually incorruptible. Ancient civilizations throughout the world have associated these attributes with royalty, immortality, and deity. It was first used in minted currency in the seventh century B.C., often bearing the stamp or image of a king. Gold is the most malleable substance known, so much so that it can be beaten into a leaf or film less than one ten-thousandth of a millimeter thick, even to the point of translucency without losing its cohesion.

Gold had long been associated with the sun and its warmth. When polished, gold’s mirror-like brilliance reflects a yellowy light and illuminates its surroundings.  It has been used to adorn holy objects, churches inside and out, and reminds us through its glow – sometimes soft and mellow, other times flashing and bright -- of the presence of God’s light in our midst.

Although gold is rare and precious, it is paradoxically widely prevalent throughout the earth’s crust. There is no continent or climatic zone without considerable gold deposits, albeit the majority in the finest distribution. Only in a few places does it appear in sufficient concentration to be mined and worked. It is everywhere present, yet most rare.

In the ancient world, Frankincense was of great importance not only for the Israelites, but also for ancient Egypt, Babylonia, Persia, Greek, and Roman civilizations. Along with myrrh, it has been used for spiritual awareness and connection to the divine for over 5,000 years. Its botanical name, olibanum, means oil of Lebanon, and the common name frankincense comes from an English translation of the Medieval French word franc, meaning “pure” or “luxuriant” combined with the Latin word incensum, “to smoke.”

Frankincense trees grow on slopes in Somalia, Ethiopia, Oman, and the Arabian Peninsula, reaching a modest height of 9 to 22 feet. Both the oil and incense come from the resin which may only be produced by “wounding” the trunk of the tree, that is by making an incision in the bark. A milky-white resin then exudes in droplets referred to as tears and hardens into an orange-brown gum to be made into incense or steam-distilled to produce essential oil.

The Egyptians used frankincense to embalm the dead, to fumigate their homes, especially the sick room, for ritual incense, and for cosmetics. Since earliest days of the Christian era up to the present, it has remained a central feature of Christian worship as incense and for anointing. Frankincense has many healing properties for body, mind, and spirit. As we breath in the warm, rich balsamic aroma, frankincense crosses the blood-brain barrier and helps stimulate the limbic system of the brain (the center of emotions) a well as the hypothalamus, pineal, and pituitary glands. It fosters quiet contemplation, aids the mind to focus and eliminate distractions, and has the ability to relax and revitalize at the same time. When used in prayer it can provide stability, introspection, courage, acceptance, and inspiration and is known to counteract negative emotions such as fear, grief, over-attachments, exhaustion, and anxiety. The oil is also known as a healing agent for headaches, depression, allergies, tumors, bronchitis and possesses strong antiviral, antifungal, and antibacterial properties.

Myrrh, like Frankincense, is also derived from a resin extracted by “wounding” the trunk of the tree and collecting its tears to make incense and has been used in the Near East and Mediterranean area for thousands of years. Its name is derived from the Arabic murr, meaning “bitter.” It is a shrub native to the Red Sea region and reaches a height of up to 9 feet.

Among ancient civilizations myrrh was prized for its medicinal qualities, for use in spiritual and ritual life, and for preserving and embalming. From the Old Testament we find it was used in ancient Israelite temple worship as an ingredient in the holy anointing oil for consecrating priests, the tabernacle, and kings as well as in the purification of Queen Esther. We know from the Gospels of the myyrh-bearing women, who brought funeral spices and ointment to Christ’s tomb. Interestingly, bitter myrrh was also given to the condemned on the cross presumably to ease the pain of crucifixion and can be seen as symbolizing Christ’s redemptive suffering.

Myrrh’s aroma is musty, balsamic, and is not sweet. Its historical medicinal uses are many: midwives employed it to prevent or treat infections, used as an oral treatment for gum problems, and to heal many skin conditions. Myrrh oil is anti-inflammatory, antiviral, and supports the immune system. It is helpful for throat and respiratory conditions, ringworm, and athlete’s foot to name a few.

For the mind and spirit, the incense is known to impart a sense of tranquility, inner stillness, and peace and is deeply relaxing. It settles the nervous system in a gentle calming way and can ease sorrow.

"We offer to Thee, Christ our God, this incense as a spiritual fragrance; receive it, we pray, to Thy heavenly altar and send down to us, in return, the grace of Thy Holy Spirit.”

Laura Josephson, CCH is a board-certified homeopath in practice for over 27 years in Nyack, NY and in NYC. She is also an herbalist, aromatherapist, and author of, "A Homeopathic Handbook of Natural Remedies" (Random House 2002), educator, mentor to aspiring homeopaths, and creator of Althaea natural skincare products. www.nyackhomeopathy.com and www.althaeahealth.com. She attends church at St. Vladimir’s Orthodox Theological Seminary and is also an artist, musician, mother of four. 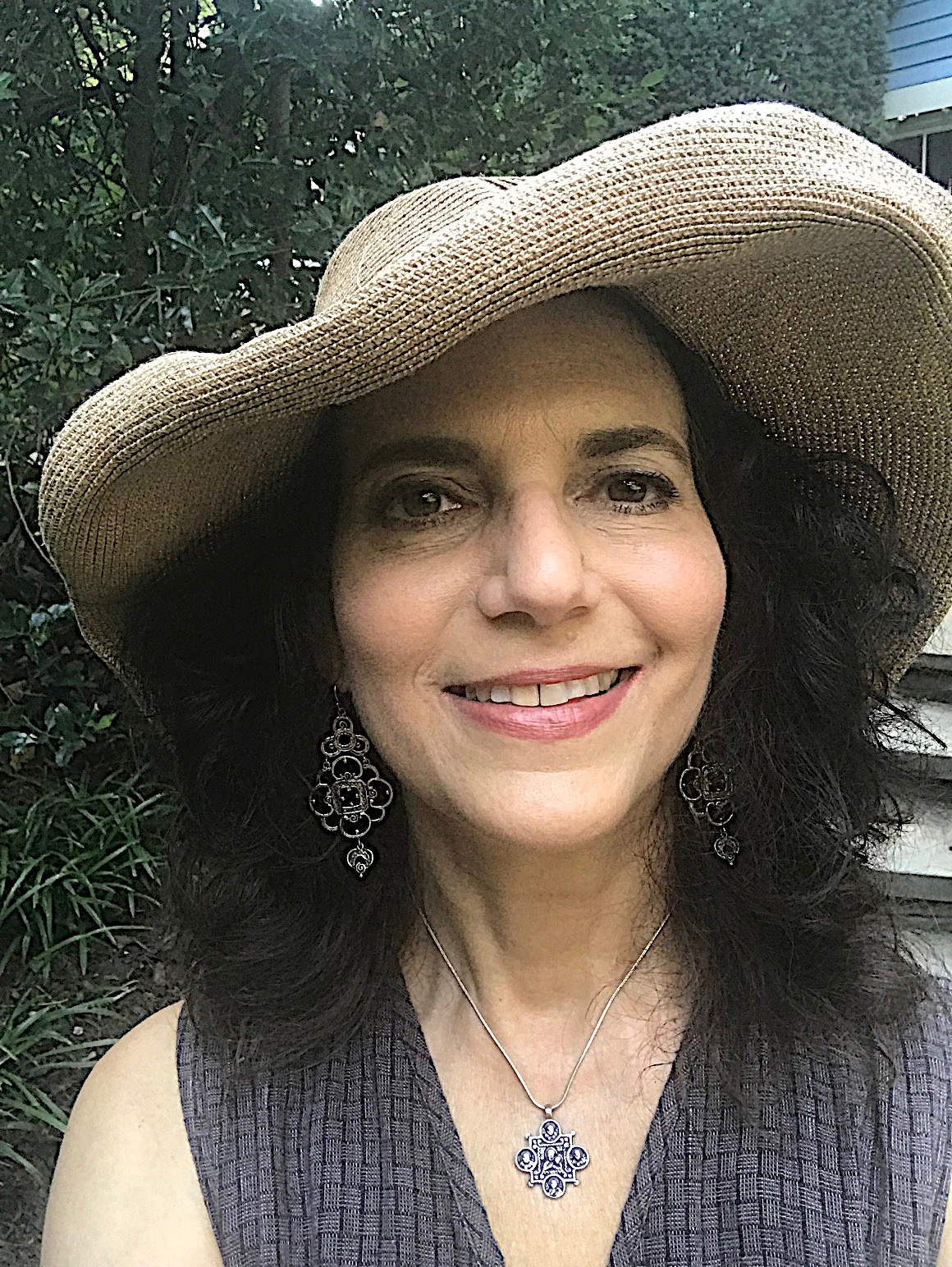