Elisabeth Behr-Sigel on Jesus and Women 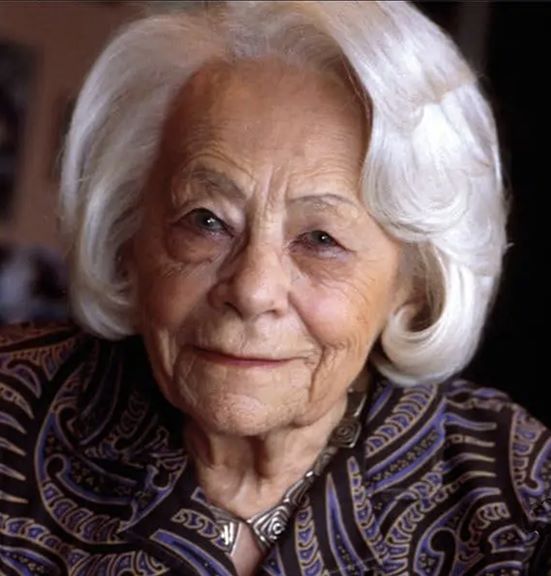 Dr. Elisabeth Behr-Sigel (1907-2005) was one of the preeminent Orthodox theologians of the 20th century. Born in France, she was a pioneer in the field of feminist theology and dedicated much of her work to exploring the role of women in the Church. She had converted to Orthodoxy in her 20s, joined the French resistance during WWII, and later studied at St Sergius Institute in Paris in their open courses even before they admitted women to receiving degrees. She had three children and many grandchildren, and ended up earning her doctorate in theology in her 70s. She taught at the Catholic Institute of Paris, the Theological Faculty of St. Sergius, the Ecumenical Institute of Tantur near Jerusalem, and the Dominican College of Ottawa. An Athonite tribute said, “She served the Church in many capacities. She devoted much time and energy to the promotion of women in the Orthodox Church — respectfully, almost humbly but with firm conviction and solid theological arguments. She became known for her tireless ecumenical activity.”

One of her most influential works is her book Jesus and Women, which explores the teachings and actions of Jesus toward women in the Gospels. Throughout the book, she argues that Jesus was a revolutionary figure who challenged the traditional gender roles of his time and showed a deep respect and love for women. Here’s one passage of hers that sums up much of her teaching::

“Women are…present in the earthly life of the Son of God from the beginning to the very end, from Matthew’s genealogy, where women are specially named and the Annunciation till Cavalry and the first announcement of the Resurrection given to the Myrrh-bearing women. Women had profound personal relationships with Jesus of Nazareth: Martha and Mary, Lazarus’ sisters, the Samaritan woman at Jacob’s well, with whom the Lord had a ‘theological’ conversation, Mary of Magdala of the ‘Easter garden’ story. Jesus allowed women to touch him, in both the physical and spiritual meaning of the word. He was not afraid of being in contract with them even when one was a prostitute. He had compassion for their suffering…. His disciples were surprised by this attitude which contrasted so sharply with rabbinical principles (Jn 4:27 and Lk 7:39). Such an attitude indicates a spiritual direction: any notion of women’s ritual impurity is for ever abolished.

“We must take note, though only in passing, of the Virgin Mary’s place in the Scriptures and afterwards in Orthodox piety. The Church proclaims that God took flesh from a woman and the Church gives Mary the title of Theotokos, Mother of God. God did not use Mary like a passive instrument. He had the divine audacity to let the realization of his loving plan hand on her fiat, on the free acceptance of her faith. Mary participated in teh work of the world’s salvation not just in her body. She participated in her body because of her personal faith and obedience that opened her integrally and nuptial to the ‘Spirit of the Most High’ who overshadowed her with his shadow. The crowd cried out when Jesus went by, ‘Blessed is the womb that bore you and the breasts that you sucked.’ He answered, , not to lessen the role of his mother but to underline the personal and spiritual dimension of her motherhood” ‘Blessed rather are those who hear the word of God and keep it’ (Lk 11:28). They were to keep it like Mary kept it (Lk 2:19). In the Virgin, ‘more venerable than the cherubim and more glorious beyond compare than the seraphim,’ all women can feel honored. In the conscience of the Church, ehr image is not one of a fragile and passive femininity. She is the new Eve, the mother of the true LIfe, the archetype of fulfilled humanity,... overflowing with the life-giving grace of the Spirit.” (from The Ministry of Women in the Church (trans. Steven Bigham), SVS Press, p.114f)

Behr-Sigel’s “Jesus and Women” continues to challenge readers to consider the role of women in the Church and to strive for greater equality and justice in the name of Christian tradition.