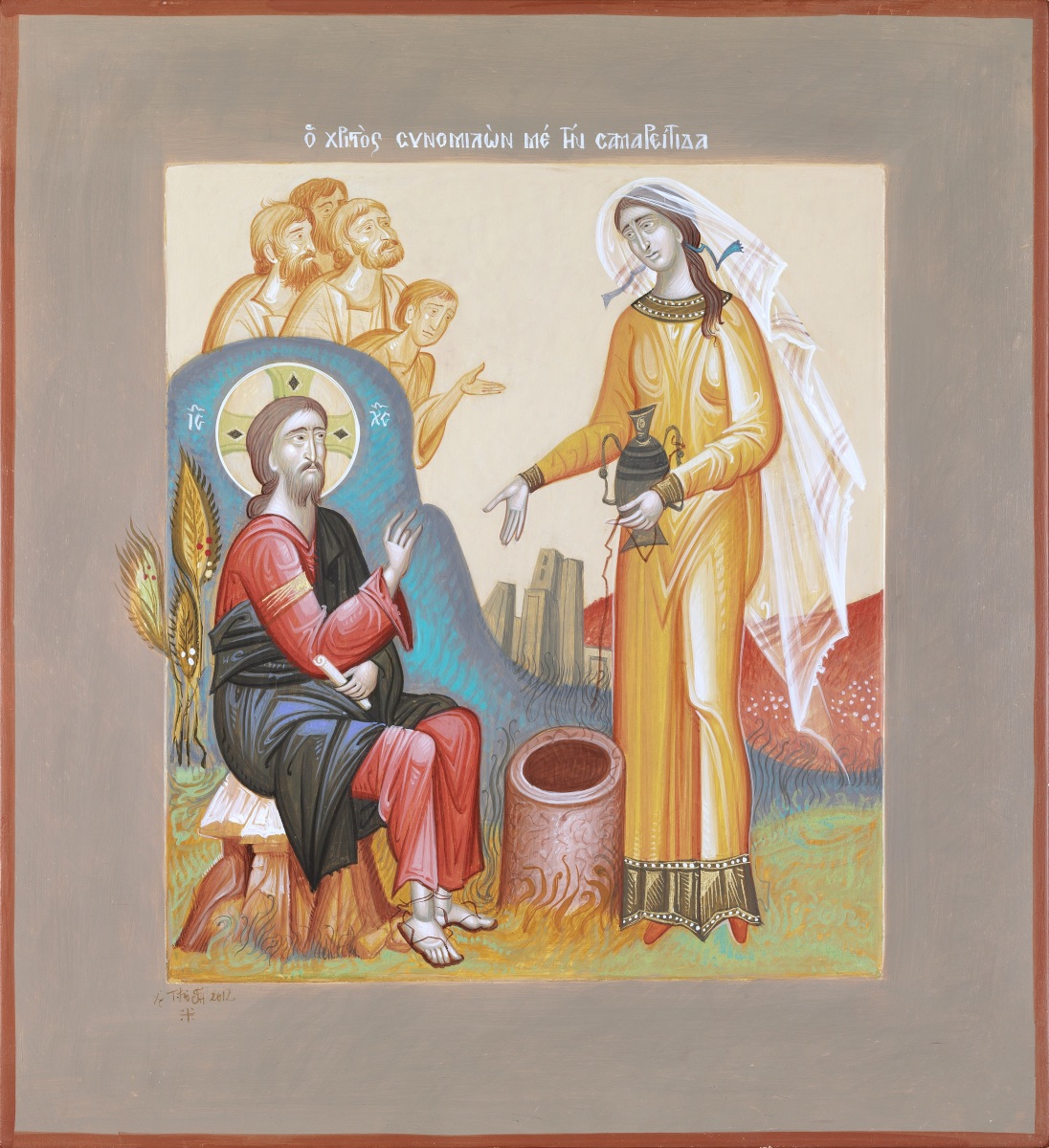 With the appearance of Axia Women on the US Orthodox scene, it’s a good moment to consider the distinctive ways our Lord interacted with the women he encountered in his ministry. He treated them in ways that often surprised and confused his contemporaries, He scandalized society by associating with women of loose morals and defending an adulterous woman. He recognized and redirected the strength of their passions towards love for God (think of the woman he praises for having “loved much”). Instead of bowing to cultural expectations, he declined invitations by the men around him to judge those women--and redirected the men’s judgment onto themselves.

Christ’s mother had “heard the word of God and kept it” and “pondered these things in her heart.” She schooled him in his theology. Perhaps from her, he received a clearer understanding than his contemporaries of the value of women’s ministries. He performed his first public miracle at her bidding at the marriage in Cana, though it’s clear from their exchange that it wouldn’t have been the first marvelous work she witnessed. He accepted the sponsorship of women followers, who underwrote his and his disciples’ travels and activities. He openly declared that their desire to learn about God and the faith was appropriate. (Later, in a similar vein, St Paul names nine women among the leaders of the church in Rome [Rom 16: 3-15.])

Christ not only listened to women but also engaged in conversation with them. His longest recorded dialogue was held with the Samaritan woman—an unrepentant sinner and member of a heretical sect. If theirs had been a usual encounter, she should have fallen at his feet to beg forgiveness for her transgressions. Instead, she challenges him to a theological discussion; he meets her where she is. Female, sinner, and heretic though she was, she was the only person to whom he declared, “I am the Messiah.” She was later baptized Photeini and became one of the great early saints.

Christ held women up as exemplars of faith. He allowed himself to be bested in argument only once. When he tried to refuse a request from the Syro-Phoenician woman and she retorted, “Even the dogs feed on the crumbs which fall from their masters’ table” [Matt 15: 21=28]), he held her up as a paradigm of intense belief. He drove home other lessons by using women as illustrations. When he wanted to talk about the need for persistence in faith, he told a parable about a widow dunning a judge for justice (Luke 18: 1-8). When the sinful woman anoints his feet with oil and wipes them with her hair, he contrasts her repentance and gratitude to the attitudes of the men around the table.

May we all—women and men, laity and clergy alike—strive to be like Christ. This means many things. Believing women. Meeting with them. Engaging them in dialogue. Trusting them. Learning from them. Bringing them along to a higher level of understanding. Recognizing the depth of their faith and persistence. Providing for their needs. Plus, as Axia Women is here to remind us: accepting their ministries as blessings to our individual selves and our Holy Mother Church.